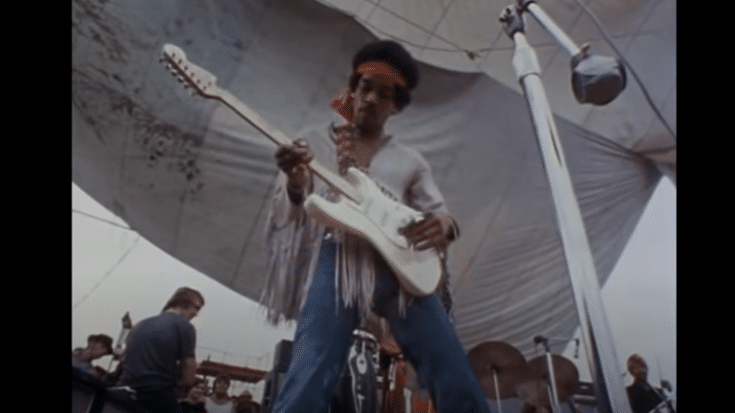 The 1960s saw the proliferation of guitarists who seemingly made it their life’s mission to play the guitar in a way that hasn’t been done before. These virtuoso musicians took it upon themselves to blaze a new trail for the next generation of axeslingers. And the following guitar solos solidified their guitar god status and propelled them to another stratosphere of stardom.

B.B. King’s one of the greatest blues players of all time and it’s his guitar solo in “The Thrill Is Gone” that made him a legend and turned him into a household name. He didn’t just play the guitar, he made it sing. Accompanying that glorious solo is his soulful and mesmerizing voice. He said, “People ask why I don’t sing and play at the same time, I’ve answered that I can’t, but the deeper answer is that Lucille is one voice and I’m another. I hear those voices as distinct. One voice is coming through my throat, while the other is coming through my fingers. When one is singing, the other wants to listen.” B.B. King’s version may be a cover but it helped make “The Thrill is Gone” into a blues standard. It became King’s signature song.

4. The Beatles (George Harrison) – “Something”

George Harrison’s best works with The Beatles came at the later part of their career as a group. His composition “Something” showed Harrison stepping out of the shadow of the Lennon-McCartney songwriting partnership but it also highlighted his brilliant guitar chops. His solo isn’t flashy, dramatic, or with any unnecessary fluff but it’s absolutely perfect and it’s the centerpiece of the entire track. It also became a defining song for him – such masterful guitar playing all throughout the “Abbey Road” album too. He said, “I did hit some right notes, and it did have a certain spontaneity to it.”

Robert Fripp added depth and flavor to this King Crimson musical masterpiece with his guitar solo. The song became integral in the development of progressive rock. Although his work outside of King Crimson is stellar too, the “21st Century Schizoid Man” helped him stand out at a time when there was no shortage of massively talented guitar players. It’s searing and unlike anything at the time. He created a haunting sonic landscape with it.

Jimmy Page is a monster on the guitar and in 1969, he proved that he was definitely a force of nature. His guitar solos in “Whole Lotta Love” and “Heartbreaker” are god-tier. The unrestrained aggression and pure power – Page already made a name for himself as a session musician and member of The Yardbirds but his guitar work in Led Zeppelin was what established him as one of the greatest axeslingers to ever walk the earth. It’s fiery, electrifying, and adds muscle to the song.

Jimi Hendrix’s set at the Woodstock Festival helped him snag a spot in the upper echelon of rock ‘n roll. He had such a stunning performance but it was an unexpected addition to his setlist that made history – his very own rendition of “The Star Spangled Banner”. Over time, it would become the standard by which all others were measured. In less than five minutes, Hendrix made a loud and powerful political statement that people still talk about over five decades later.