1964: The Day The Beatles Came To New York – This Is What Happened 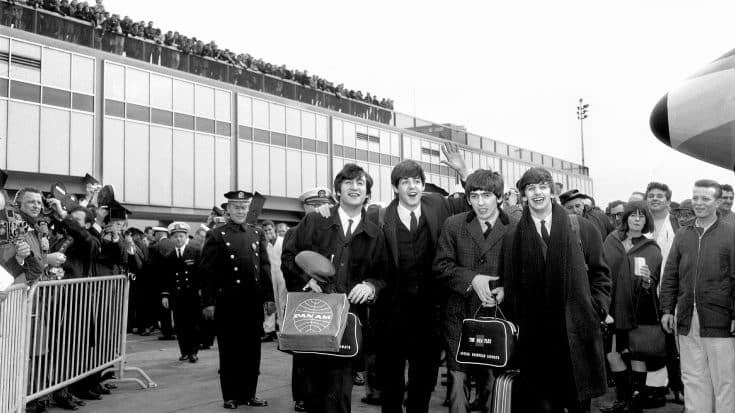 UNITED STATES - FEBRUARY 07: Throng is on hand to greet the Beatles as they stepped triumphantly from plane at Kennedy Airport for the first time from London for a 10-day tour. (Photo by Tom Gallagher/NY Daily News Archive via Getty Images)

It was a Friday to remember.

On February 7, 1964, The Beatles arrived on American soil and nothing was ever the same. They boarded in London via Pan Am Yankee Clipper Flight 101 and just before 1:30PM, The Beatles landed at the Kennedy Airport to the sound of deafening cheers and high-pitched screams from 3,000 hysterical fans.

Six days before, they had their first #1 hit in the US with “I Want to Hold Your Hand.” They immediately held their first press conference inside the Pan Am lounge in front of reporters who have been waiting for hours to cover them.

It was chaotic as the journalists threw one question after another. But of course, the boys’ wit and humor helped break the ice. They weren’t what the press expected.

“We heard that our records were selling well in America but it wasn’t until we stepped off the plane … that we understood what was going on. Seeing thousands of kids there to meet us made us realize just how popular we were there.” – George Harrison

From the JFK, they went straight to Manhattan to check in at the Plaza Hotel on Fifth Avenue where they were met with another mob of frenzied fans. They stayed at a 10-room suite on the 12th floor where they gave interviews, waited for important calls, watched themselves on the television, and tuned in to radio stations. It had a fully stocked bar and breathtaking views of Central Park.

“There were millions of kids at the airport, which nobody had expected. We heard about it in mid-air. There were journalists on the plane, and the pilot had rang ahead and said, ‘Tell the boys there’s a big crowd waiting for them.’ We thought, ‘Wow! God, we really have made it.'” – Paul McCartney

Two days after their arrival, they appeared on The Ed Sullivan Show and millions of viewers tuned in. It was such a hit that Sullivan booked them for two more times. It was a busy month for them as they performed at the Coliseum in Washington, D.C. and New York’s Carnegie Hall.