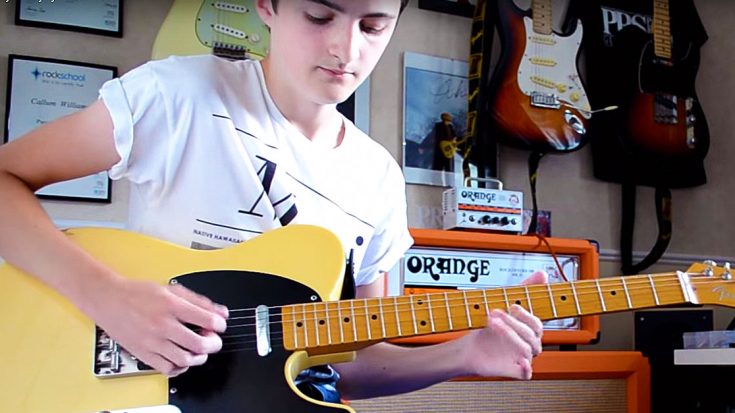 Two Axes Are Better Than One

The only thing we love more than kids who love Lynyrd Skynyrd are kids who aren’t afraid to dig in deep and get creative with their Skynyrd covers! 14 year old guitarist Callum Williams out of South Wales did just that when he brought out not one, but two different guitars as he filmed himself recording a cover of Skynyrd’s 1974 classic “Sweet Home Alabama” and using a Fender Telecaster and an acoustic guitar, played his way right into our hearts as he fearlessly navigated both the song’s rhythm and lead parts.

Fun Fact: According to Ed King, the chords and two main guitar solos to “Sweet Home Alabama” came to him in a dream, note for note.

Even at 14, it’s clear that Callum’s got a serious ear for the magic crafted by Lynyrd Skynyrd when they hit the studio more than 4 decades ago; in the studio version of “Sweet Home Alabama,” guitarist Gary Rossington tackles rhythm guitar via the right channel and acoustic guitar via the left, something Callum was able to pick up on and experiment with in his cover with the use of two different types of guitars – brilliant, and not many kids his age would have picked up on little nuances like that!

Fiercely talented and wildly creative in his approach to crafting a cover of this Skynyrd classic, Callum’s definitely got our attention – if he’s this good at 14, we can only imagine what kind of magic of his own he’ll be crafting in a few years’ time!