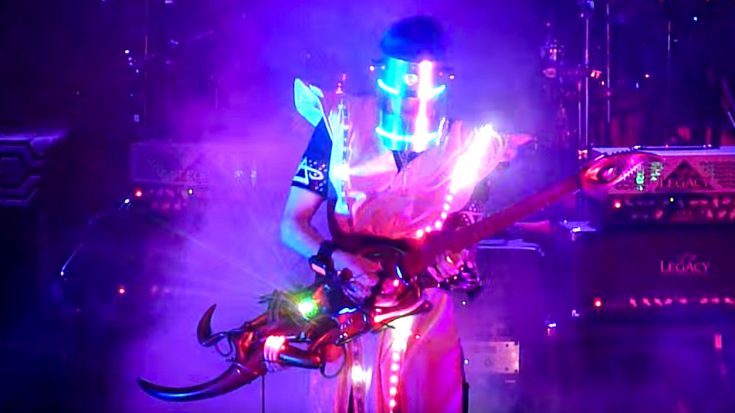 Steve Vai Is Back At It Again – And He Never Disappoints!

What you’re about to watch is Steve Vai take to the stage in Dublin, Ireland and perform his song The Ultra Zone. The music itself is phenomenal enough, but Steve Vai goes a step even farther we he introduces his stage attire, and as we can expect from the legendary guitarist himself, it is truly a sight to behold!

What really makes this video great is the atmosphere that he creates. He is able to immerse the audience in a sort of sonic space type of environment. This is one a many many many many many many reasons why Steve Vai is simply awesome in every way. See for yourself!