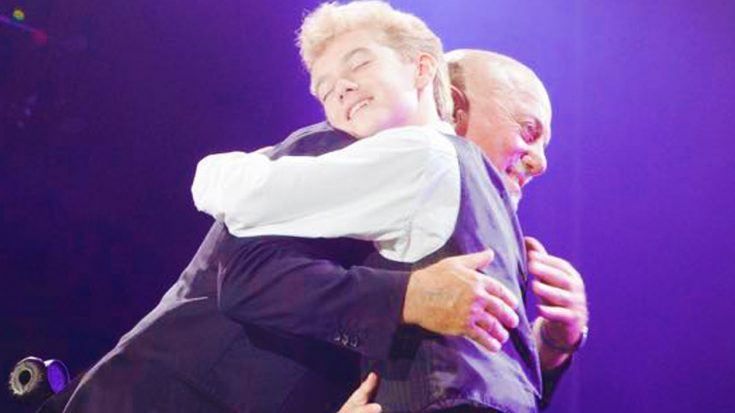 The Piano Man and the Piano Kid

Back in July, Central Massachusetts native Bradley Bartlett-Roche started a campaign to get him on stage with piano legend Billy Joel for a duet during his upcoming concert at Fenway Park. The past two times Joel rolled through Massachusetts on tour, Bradley also tried campaigning, but to no avail. But as they say, third times a charm, and last week when Joel performed at Fenway Park, Bartlett’s dream came true! Bradley joined his hero on stage for a duet of his all-time favorite Billy Joel song “Root Beer Rag,” a song which Bradley has mastered, and has played countless times during his street performances.

Bradley was not fazed by the sold-out crowd at Fenway Park, and put on a show with Joel! They played the song incredibly together, and got a huge ovation when they played the final notes. Not only that, Bradley proved that for a 13-year old he has some major skill, and could very well be next generation’s Billy Joel! As always, Joel had some kind and touching words for Bradley when they hit the stage.

“You know after this, it’s all downhill. It might be a little anticlimactic after this. It took me 60 years to get here!”-Joel joked.

Bradley documented some cool stuff on his Facebook page, so we’ll share some of his best posts from the experience! Also, check out his duet with BillyJoel down below!