Eric Clapton Is Far From Finished As He Premieres New Video For “Motherless Children,” Live In San Diego 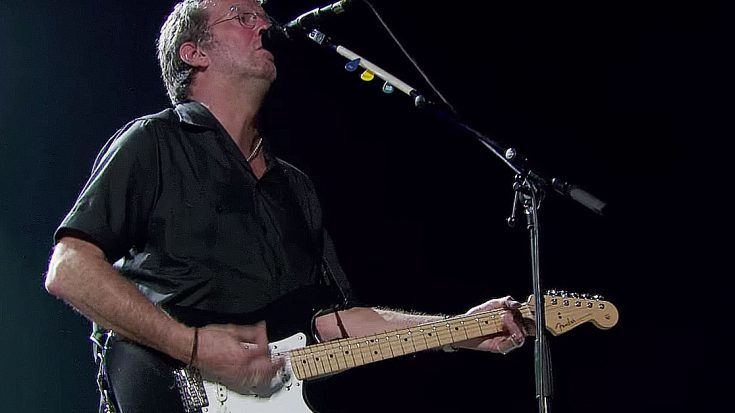 Earlier this year we reported that Eric Clapton could possibly be hanging it up following the release of his 23rd studio album, I Still Do and for a minute there all signs really did point to retirement being imminent for the 71 year old rock and blues legend. However, no Clapton story is ever complete without a delicious plot twist to keep fans on their toes and the announcement of a live album did just that; slated for a September 30th release, Clapton’s Live In San Diego marks the legend’s 13th studio album and chronicles his history making 2007 show in San Diego with late legend JJ Cale, Doyle Bramhall II, and Derek Trucks.

Fun Fact: “Motherless Children” has an autobiographical theme, as blues legend Blind Willie Johnson’s mother died when he was young.

With it comes the premiere of the video single for “Motherless Children,” a rip roaring good time of a track that sees Clapton taking lead on slide guitar while being supported by what Guitar World calls the best backing band of Clapton’s solo career (a statement we’re inclined to agree with!), delivering the lyrics to this 1920’s Blind Willie Johnson blues standard in a lazy drawl that works beautifully with the song’s bright, happy sound. If you can’t wait for Live In San Diego to hit stores on September 30th, don’t worry – we’ve got you covered with the official video for “Motherless Children” down below. Happy viewing!