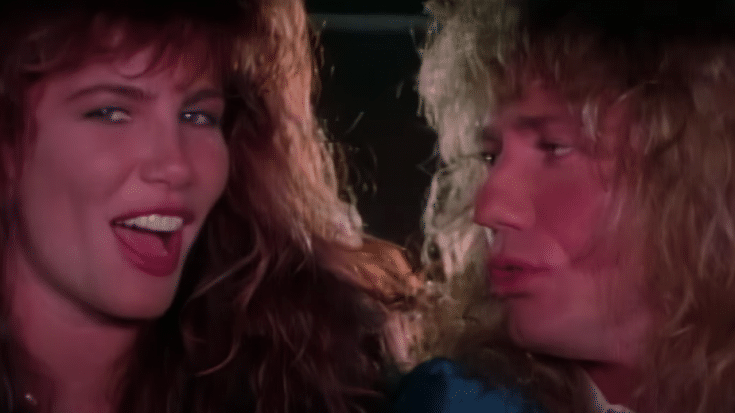 David Coverdale revisits the Whitesnake classic, “Here I Go Again,” which is part of the band’s newly-available remixed and remastered version of their 1994 Greatest Hits collection.

The song was originally recorded for the band’s 1982 album, Saints & Sinners, but Coverdale reveals it wasn’t his idea to redo the song for their self-titled 1987 release.

“Well, first off, it was Geffen’s idea. I never re-recorded things other than a song called ‘Blindman’, which was on my original solo album, ‘White Snake’, and then we put it on ‘Ready An’ Willing’ album because then that’s when I felt we really had the solid idea of the early Whitesnake, with Bernie Marsden, Micky Moody, Neil Murray, Jon Lord and Ian Paice, and they did a masterly job on it.

“But I’ve never been one for re-recording. And [guitarist] John [Syke] and I had written enough for an album of original material. But [Geffen] wanted to do — and this has served us incredibly well — redo ‘Here I Go Again’. John was not pleased, but history speaks for itself. And I said, ‘Well, if we’re gonna do that, I wanna redo ‘Crying In The Rain’,’ which I was never really happy with the original recording of it. And we had arranged — John, Neil Murray and I had arranged — a special centerpiece, which was a great solo for John, a solo feature. But also the whole album was pretty much designed for [drummer] Cozy Powell, God rest his soul. And when we featured it in concert, it went from John’s amazing, electrifying solo into Cozy’s extraordinarily earth-shattering, thunderous drum solo.

“We had a great relationship with radio for the ‘Slide It In’ album, and they were actually waiting for a new Whitesnake album, rock radio. So we delivered this thing. And of course, at that time MTV was a huge element globally. So Whitesnake from being successful in a couple of territories became a global entity, which was super validation, as you can imagine.”

Although the original 1982 version of the song failed to chart in the US, the 1987 version topped the Billboard Hot 100 and earn the band their first and only No. 1 US single. It helped “Whitesnake” album sold more than 8 million copies in the region.