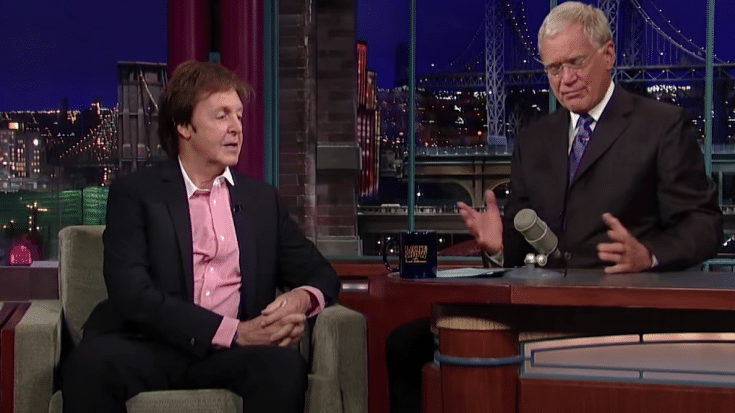 Paul McCartney guested on the Late Show with David Letterman in a 2009 episode and talked about the first television appearance of the Beatles on the Ed Sullivan Show which took place on same theater.

The Fab Four may have popularized first in England with their first single “Love Me Do,” but for others, the real turning point came when they first step to the land of America in February 7 1964 and the American music scene was dominated by solo artists, it was during the era where singers are inspired by Elvis Presley.

When they performed their classic hit “I Want to Hold Your Hand,” the Beatles has revived the long lost love of the Americans for rock and roll and revolutionized the American music scene. Before they got to America, they have already inspired a lot of bands in England that we know today, such as The Animals, The Kinks, The Yardbirds, and The Rolling Stones to name a few.

“We did very well in England and then finally we came here which was sort of where we wanted to do well.”

Then Letterman showed a photo of the band with Sullivan. McCartney added:

“I’d say because we’d sort of got popular in Liverpool, England, by the time we came here, we we ready for it.”

Needless to say, the Beatles has transformed the music in the ’60s and with their timeless music, they continue to be relevant today. Watch the full interview below.