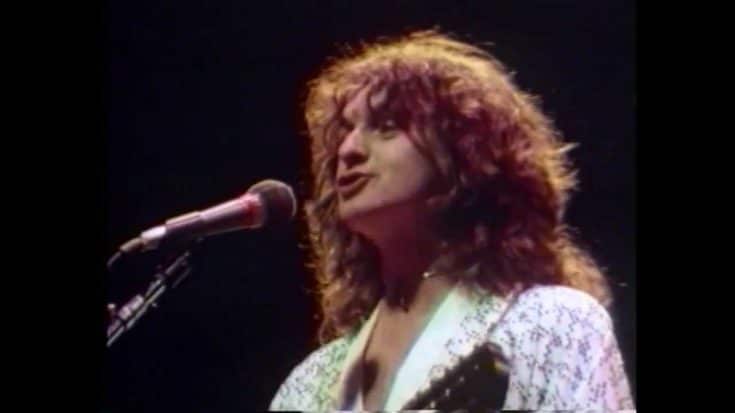 Yes doesn’t have many obvious heavy songs, but there few contributions don’t disappoint. Even with the changes of lineup, this band knows how to mix prog-rock, jazz-fusion and orchestral sound resulting in heavy tunes. We listed down ten of Yes hardest hits below.

10. “Spirit of Survival”
Although this song has never been played live, Jon Anderson’s vocals here is the strongest on their 2001 album Magnification. Steve Howe opens with acoustic guitar while Larry Groupe plays his electric rhythm accompanied by the San Diego Symphony Orchestra as Alan White and Chris Squire joins in which led to Howe’s aggressive solo. Without any album filler, this song is one of their most powerful tracks.

9. “Tempus Fugit”
After Anderson and Wakeman departed, the three members Squire, White and Howe decided to add Buggles singer Trevor Horn and keyboardist Geoff Downes to their lineup in 1980. Many fans thought the band wouldn’t get heavier, but this song proved otherwise. The title of the song is Latin for “time flies.” Downes explained:

“Because the pace of the song is so fast, that was all about the title. It’s an extremely fast pace. The title almost picked itself.”

8. “Yours Is No Disgrace”
The Vietnam War was the inspiration for this song and the whole band was credited for writing. Howe has said that his guitar part is one of his favorite contributions to the band. With modern equipment, they were able to do overdubs, which was new to Howe. He explained:

“It was a ‘studioized’ solo because it was made up in different sections. I became three guitarists.”

7. “Siberian Khatru”
It’s the closing track on the Close To The Edge album, which talks about unity among different cultures. Anderson, wrote the lyrics and the rest of the band composed the music. Howe told Guitar World that this song was one of their most collaborative efforts,

“That song came together with the arranging skills of the band. Jon had the rough idea of the song, and Chris [Squire], Bill [Bruford], Rick and me would collaborate on getting the riffs together.”

6. “South Side of the Sky”
Anderson wrote this song with Squire and once again, Howe went wild with his guitar riffs. When the band performed this at the Montreux Jazz Festival in 2003, Anderson said:

“This is a song about climbing mountains. It’s dangerous, but we all must climb mountains every day.”

5. “Astral Traveller”
This song rocks as hard as almost anything else on the band’s 1970 sophomore release. Peter Banks open with distorted guitar riffs followed by Bruford’s kicks on the drums, and when Squire’s bass started the song had a distinctive growl that will make any listener continue until the end.

4. “Sound Chaser”
This song is from 1974’s Relayer and the sound where they mixed prog-rock with jazz-fusion as the briefly tenured keyboardist Patrick Moraz plays on this song. Written by the whole band, Squire’s bass and Howe’s pedal guitar here has once again added flavor. “It goes kind of pretty bananas out there,” Howe said.

3. “Heart of the Sunrise”
This is the final track on the Fragile album and one of the longest intros in rock history as the vocals don’t come in on this song until about 3:40. Written by Anderson, Bruford and Squire, the song has various time signatures and a classical influence. Anderson said it is one of his favorite Yes compositions, especially during their live performance. Squire wrote the main riff of this song influenced by the King Crimson track “21st Century Schizoid Man.” Squire has said it is among his favorite Yes tracks as well.

2. “The Gates of Delirium”
Anderson told Songfacts about this Relayer’s 22-minute track:

“It’s about the tribalism between warring factions, and who is the dominant country, the dominant energy at that time. It was at the end of the Vietnam War. We were learning about the unbelievable destruction that was done to the Vietnamese, and for what?”

1. “Machine Messiah”
This one is sung by Trevor Horn and Squire, but still totally sounds like Yes. Geoff Downes provides a synthesizer and Squire’s bass solo here is one of his greatest works added with Alan White’s drumming among his best. It is indeed the heaviest sound in Yes history.