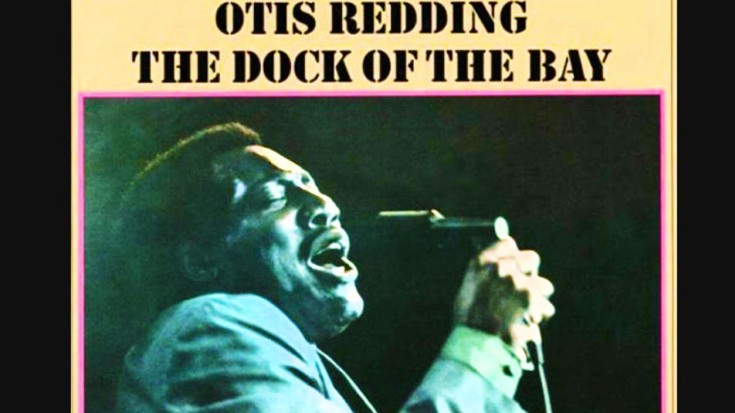 Just one month before Otis was tragically lost in a plane crash, he recorded one of the greatest soft rock songs in history known now as “Sitting On The Dock Of The Bay,” however, at the time of this particular recording, Otis referred to the title of “Sitting AT The Dock Of The Bay.” With hilariously charming/ bizarre bird noises coming from Otis in the beginning of the song, it really displays how wonderful the man was and what a treasure we lost all those years ago…

Interesting Fact: When Otis recorded this, he and Cropper didn’t have a last verse written, so he whistled it. He planned to return to Memphis and fill in the verse after performing in Madison, Wisconsin, but he died before he had the chance.

As Otis’s only #1 hit throughout his short lifespan, “Sitting On The Dock Of The Bay” was released one month after his passing and maintained a #3 spot in the UK. Written by the sorely missed vocalist on a houseboat in Sausalito, CA, with the help of guitarist of Booker T and the MG’s, Steve Cropper, the outtake features fun banter between the two as Otis does his best to perform the whistle solo during the song.

Every inch and second of this recording is pure magic and really puts into perspective what a talent we lost on December 10, 1967. RIP Otis…We miss you.

+ Sitting At The Dock Of The Bay Lyrics +

Sittin’ in the morning sun
I’ll be sittin’ when the evening comes
Watching the ships roll in
Then I watch them roll away again, yeah

Looks like nothing’s gonna change
Everything still remains the same
I can’t do what ten people tell me to do
So I guess I’ll remain the same, listen

Sittin’ here resting my bones
And this loneliness won’t leave me alone, listen
Two thousand miles I roam
Just to make this dock my home, now

I’m just gon’ sit at the dock of a bay
Watchin’ the tide roll away, ooh
Sittin’ on the dock of the bay
Wastin’ time