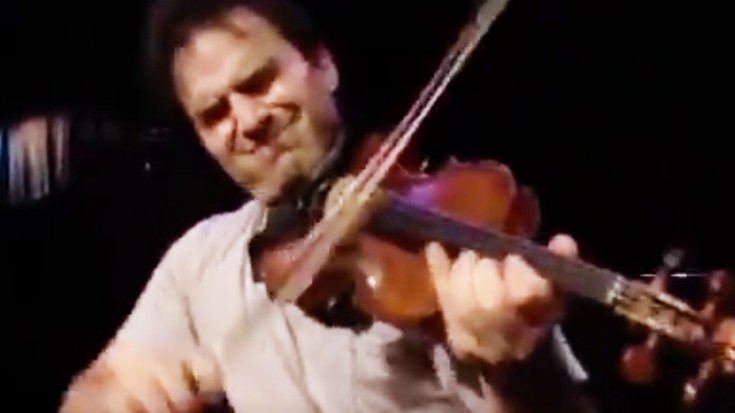 Performing a flawless rendition of Guns N’ Roses favorite, “Sweet Child O’Mine,” is YouTube sensation Adam DeGraff on his fiddle with some of the most moving facial expressions, technique and body language we have ever seen.

Interesting Quote: “It’s a combination of influences. From Jeff Beck, Cream and Zeppelin to stuff you’d be surprised at: the solos in Manfred Mann’s version of ‘Blinded By The Light’ and Gerry Rafferty’s ‘Baker Street.”- Slash

From the band’s debut studio album Appetite for Destruction, released in August of 1988, “Sweet Child O’Mine” became the band’s only number one single reaching #5 on Billboard and is placed at Guitar World’s #37 list of “100 Greatest Guitar Solos.”

With the complexity and clarity of the fiddle, the texture of the song is highlighted and illuminated to a point in this that we have yet to hear in different covers. We really appreciate the dedication Adam displays toward his craft as he gives one of the greatest rock songs the justice it deserves.