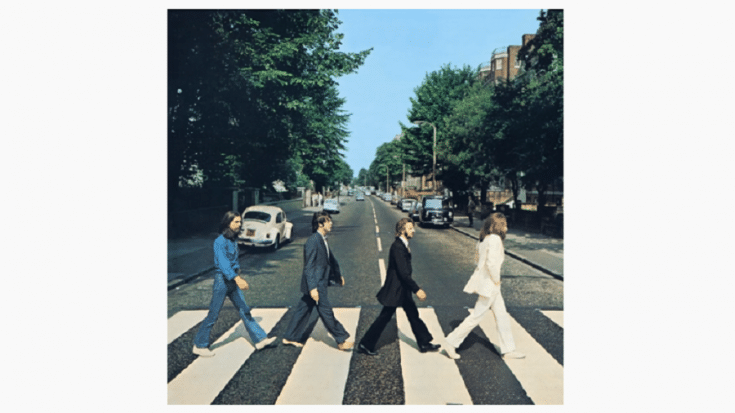 The Work of A Genius

George Harrison finally stepped out of the shadow of John Lennon and Paul McCartney and came into his own as a songwriter with the masterpiece “Here Comes The Sun.” Even with several brilliant songs on The Beatles 1969 album Abbey Road, “Here Comes The Sun” was a standout.

In a 1969 interview, George said: “I wasn’t Lennon, or I wasn’t McCartney. I was me. And the only reason I started to write songs was because I thought, Well, if they can write them, I can write them.”

Even before The Fab Four started working on Abbey Road, George already had a backlog of songs. The lack of enthusiasm on his compositions became frustrating for the Quiet Beatle and so in April, instead of attending a meeting, he drove to Eric Clapton’s house in Ewhurst, Surrey. And while he was hanging out with his friend, he came up with the idea for “Here Comes The Sun.”

He wrote in his autobiography I, Me, Mine: “‘Here Comes The Sun’ was written at the time when Apple was getting like school, where we had to go and be businessmen: ‘sign this’ and ‘sign that’. Anyway, it seems as if winter in England goes on forever, by the time spring comes you really deserve it. So one day I decided I was going to sag off Apple and I went over to Eric Clapton’s house. The relief of not having to go see all those dopey accountants was wonderful, and I walked around the garden with one of Eric’s acoustic guitars and wrote ‘Here Comes The Sun’.”

Renowned Beatles historian Kenneth Womack released his latest book Solid State: The Story of Abbey Road and the End of the Beatles a few months ago and the following excerpt explores George Harrison’s rise to becoming a key songwriter in the band.

Womack wrote: “Harrison completed the song during his May vacation with wife Pattie in Sardinia, putting the finishing touches on the lyrics, which he had scrawled on his personal stationery, replete with a Hindu drawing and spiritual quotations. In order to provide a mnemonic device to remind him of his scat lyrics, he described his refrain as “scoobie doobie,” while referring to his guitar part during the bridge as “son of ‘Badge,’” in reference to the descending guitar figure in his Cream composition with Clapton. Harrison illustrated his lyrics with a sketch of a smiling, radiant sun.”

“Here Comes The Sun” would go on to become one of George’s most famous compositions.