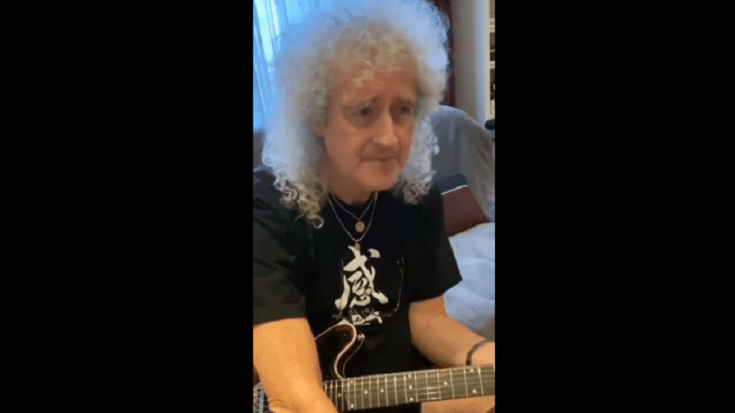 And Shows His Gear Setup Too

Brian May is a gift that keeps on giving. Amid the coronavirus pandemic, he’s been pretty active on social media. A few days ago, he shared a clip of him and his bandmates Roger Taylor and Adam Lambert where they performed the Queen classic “We Are The Champions” in their separate homes, and he also gave this guitar solo tutorial on the musical masterpiece “Bohemian Rhapsody.”

He’s been posting a series of micro concerts to the delight of Queen fans who are stuck at home. He previously asked, “What would you like me to play?” And on the clip below, he said: “The one that probably was asked most of all was the solo that goes in the middle of that very complex tune written by Freddie [Mercury] called Bohemian Rhapsody.”

He even talked a bit about his current gear set-up. He added, “I can’t get into my studio at the moment. I’m taking the self-isolation thing very seriously, as I think you have to in order for us to stand a chance of keeping this virus in check.”

Aside from his iconic Red Special guitar, he also showed a Vox Mini5 Rhythm five-watt modeling amp. His other micro concerts are posted on his Instagram account.