Tommy Lee Goes Off On Rapper, But There’s Just One Problem… 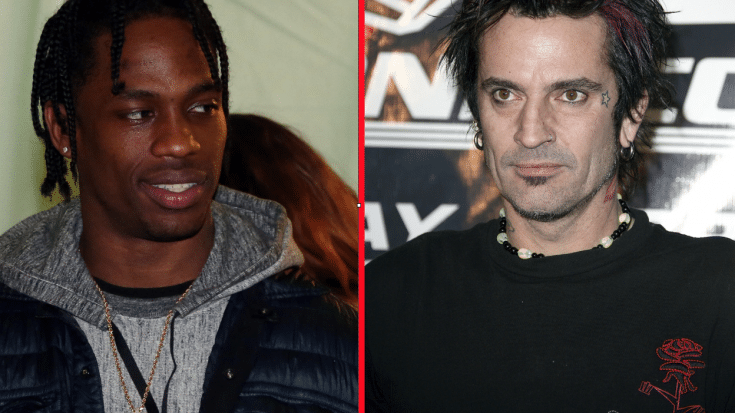 So in case you missed it, Mötley Crüe drummer Tommy Lee is presently feuding with rapper Travis Scott over accusations that Scott’s stage setup is a direct ripoff of Tommy’s 360 drum rollercoaster and The Cruecifly.

Just found out this fucking idiot @trvisxx or someone on his team ripped off the 360 AND The Crüecifly! WTF!! Get an original idea bro…(swipe to see who did this shit first) BRB there’s… https://t.co/wWv9Rwgm6r

ANNNNND not one rip off but TWO. DOPE. I get copying is a form of flattery, but this is just straight ripping off my shit. What do you guys think??? #crüecifly https://t.co/Ile2nz7UYC

Lee, 56, went after the 26-year-old rapper after footage of one of Scott’s shows surfaced on the internet. Firing off several tweets, it’s clear that Lee is out for blood – or in this case money, as he advised Scott (“This f—— idiot”) to “lawyer up”.

However, there’s just one problem: he may not actually have much of a case against Travis.

This afternoon, Scott’s attorney fired off a response to Lee’s accusations of theft, essentially saying that because Tommy 1) didn’t invent the general concept of an onstage rollercoaster and 2) the company that actually owns and created the design for the 360-degree loop stage design gave Travis permission to use it for his Astroworld tour, there’s no real legal basis for suing the rapper.

“Tommy didn’t invent the concept of a roller coaster on stage and there’s no legal basis for his accusatory outburst,” says Laurie L. Soriano, a lawyer for Scott. “The actual creator and owner of the system has granted Travis all rights to use that equipment to complement his original stage design.”

Naturally, this didn’t sit well with Tommy Lee, who fired back shortly after Soriano’s statement was released.

And the plot thickens! After I and our production crew created the 360 and Crüecifly, We hired a company called SGPS in Las Vegas to create it. WELLLLL GUESS WHO’S DOING TRAVIS’S SET DESIGN???? Fucking SGPS! So all u mothafuckas tellin me I’m not right can fuck off

When a fan was quick to point out that all the company did was sell its product to another customer, saying “So technically, he’s not ripping you off. SGPS created something for you and him. A company can’t sell its product to multiple customers?” Lee lashed out again, calling him a jackass.

No JACKASS, we hired them to build MY design, that me and MY TEAM came up with. We paid for the design to be made by them. They did not create it, we did. I guess they had it left over in the shop from my tour, and rented it to him. It’s my exact 360 and Crüecifly. Gtfoh

“No JACKASS, we hired them to build MY design, that me and MY TEAM came up with. We paid for the design to be made by them. They did not create it, we did. I guess they had it left over in the shop from my tour, and rented it to him. It’s my exact 360 and Cruecifly,” signing off with “Gtfoh,” which means…well, I’m sure you can guess where he was going with it.

The dust has yet to settle on this situation, but so far it’s looking like it’s not Travis that Tommy needs to be upset with, but the company that actually gave him the rights to the rollercoaster. Only time will tell – stay tuned to Society of Rock for more updates as they become available; something tells us this is only going to get more interesting as the days go by!