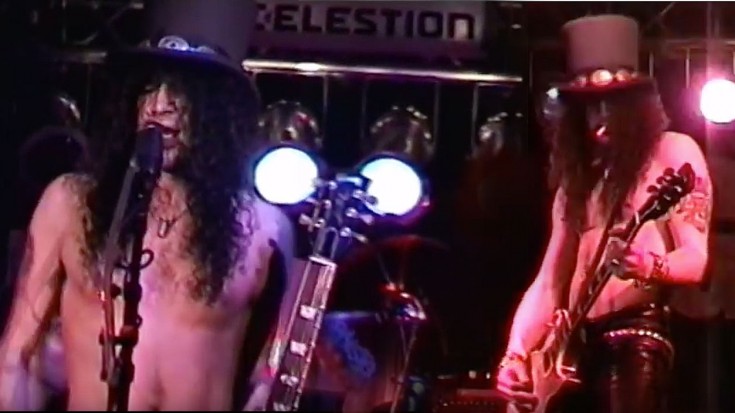 We Love The Sax

Slash and some buddies are totally just jammin’ out in this awesome live performance of Led Zeppelin‘s “Bring It On Home” at the Roxy, and are having such a good time doing it.

Fun Fact: Slash was originally born Saul Hudson in England but moved to Los Angeles to live with his mother when he was 5.

Back in ’98, having just left Guns n’ Roses, Slash started his own jam blues band called Slash’s Blues Balls (we admit we loved the name) when he just wanted to grab some drinks and rock out with his buddies. We could not love this anymore being complete fans of this amazing artist and his genuine love for the genre of rock.

Just watching Slash play makes us happy, but to see him cover one of the greatest bands in the world, AKA Led Zep, makes us even more elated!

We’re especially diggin’ the sax solo in this one and the super blues vibe that Blues Balls gives Zep’s awesome ballad, although we miss Plant’s insane vocals in there…