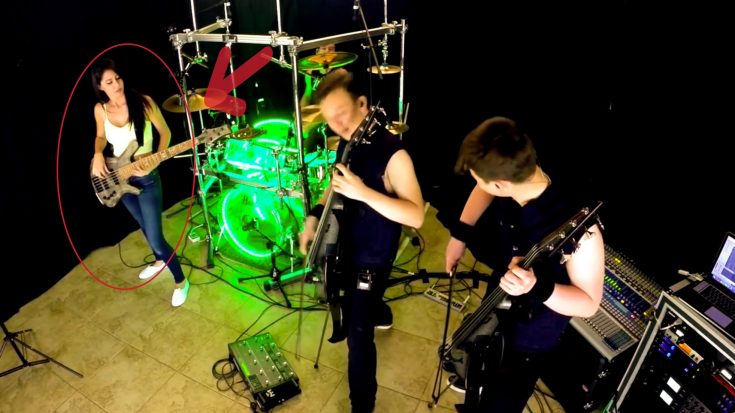 One of the boys.

This young rock band is already unique in their own way, having two electric cellos leading the song instead of two electric guitars. The brothers on the cellos, Emil and Dariel Liakhovetski, even appeared on America’s Got Talent, shocking the panel of  judges with a Jimi Hendrix cover played on the otherwise typically classical instrument. While the three boys on the band are definitely pouring out their soul, headbanging away on their rendition of Metallica‘s 1991 hit “Enter Sandman”, it’s the girl bassist who’s standing out.

Anna Sentina, the only girl in the band, is so chill on her bass yet so on point on her performance she makes pro bass playing look like child’s play. It’s her cool relaxed playing style that’s got our eye on her in the entire video. She’s nailing the song without a strand of hair out of place!

Check out her own YouTube channel for more of her rocking bass covers.