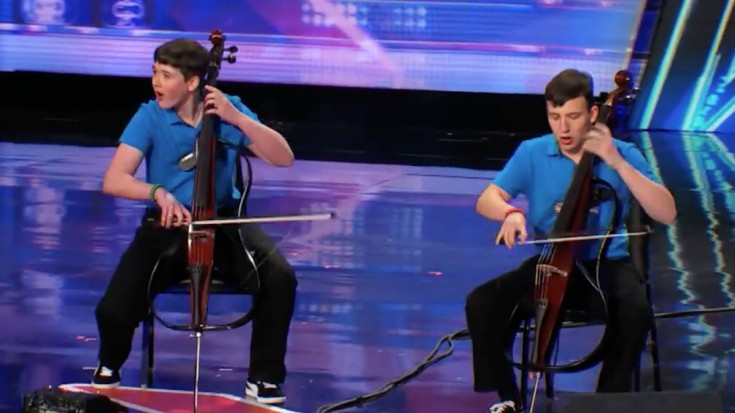 As a tribute to their cello playing grandfather from Russia, the boys explain they began taking lessons at the young age of four from their inspirational family member. Since, they have received no additional training from any other outside source.

The fact that these boys can play this incredibly difficult song on a cello, is mind boggling. There are seasoned guitar players that can’t even come close to this kind of explosive performance.

The boys came on the show to make their mentor proud, and I am betting they did just that.
This perfomance might make you a bit emotional! See for yourself!