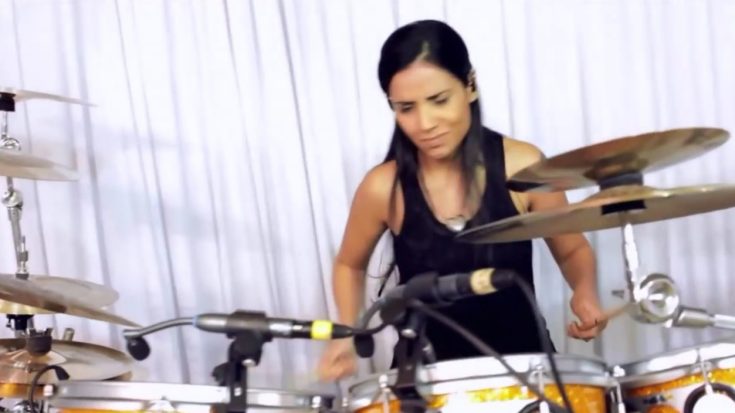 She’s got the beat!

Of course, “Moby Dick” mostly shines the spotlight on the riveting drum solo of the band’s fast-bass drummer John Bonham. In this video, Teles tries her hand at the iconic solo and proves that girls can rock out crushing beats as well as the guys do! Bonham would be proud of this chick.

Interestingly, Teles is an accomplished drummer her self in Brazil. Starting at a very young age, she trained at the Souza Lima Music School. She’s also part of an all-female local percussion group called Gaia Gruv. She was also a headliner twice in the Girls on Drums Festival. She even has an instrumental album of her own called “Two Drummers in the House”.

One thing’s for sure, Patricia definitely has us hooked on her incredible drumming parade.