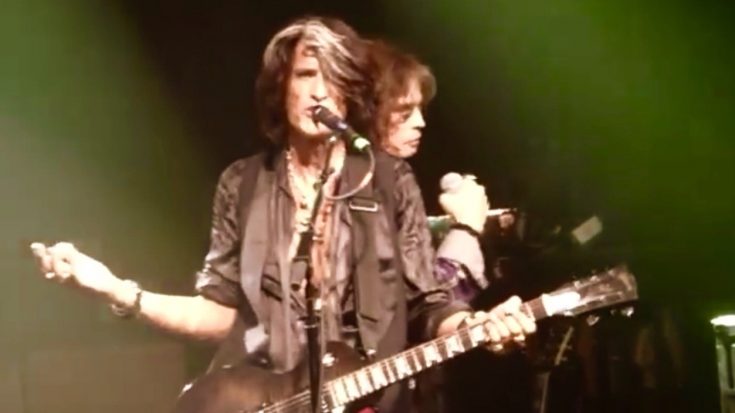 Aerosmith brothers are brothers for life.

Amidst rumors of Aerosmith breaking up, the ever so eclectic Steven Tyler debunks said rumors in his own show-stopping kinda way – crashing the set of his long-time band mate, guitarist Joe Perry. Tyler comes on stage during the set of Perry’s side project band, aptly called the Joe Perry Project who was doing a show at the Irving Plaza in New York City. Tyler announces to the crowd,

“New York, I want you to know I’m not leaving Aerosmith.”

In a hilarious, yet touching moment, (well, touching in Steven Tyler terms), he went on to say to Perry,

“Joe Perry, you are a man of many colors. But I, [expletive], am the rainbow.”

Tyler publicly expresses his love for Perry, stating in a recent interview following Perry’s collapse on stage during his stint on the Hollywood Vampires tour ,

“I know my brother. He’s just about the only other guy that’s as passionate about his art as I am.”

Nice to know how these two just couldn’t stay away from each other.