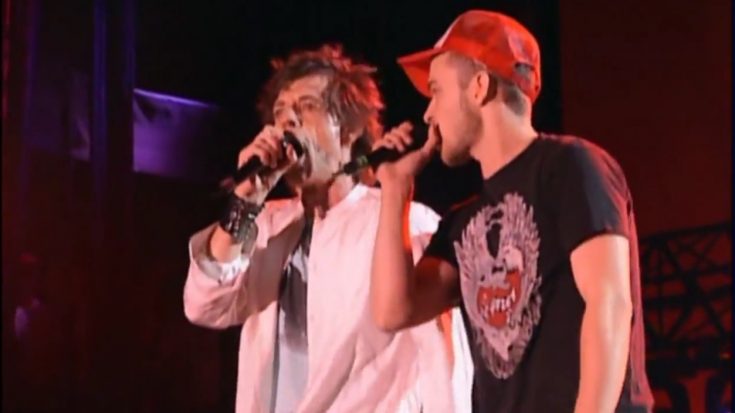 Pop boy band lead singers aren’t your typical Rolling Stones collaborations in live concerts but in an unusual moment of rock-pop fusion, Justin Timberlake joins Mick Jagger on stage as the two of them rock out to the Rolling Stones classic ‘Miss You’.

Timberlake, fresh from N’Sync fame, clearly knows his Jagger moves as he sways along with the Rolling Stones front man during the band’s headliner set in Toronto. Jagger then returns the favor by singing the words to Timberlake’s hit single ‘Cry Me A River’, incorporating it into the chorus.

Veteran guitarist Keith Richards nods his approval of Timberlake before going into his insane shredding solo as he entices the crowd to give props to the young pop singer.

After the song finished, Timberlake exhibits his gratefulness by embracing Jagger, praising the band, and thanking each of Rolling Stones band members before quickly exiting the stage.