The Who End Concert By Destroying Their Instruments, and Stage | “Won’t Get Fooled Again” Live 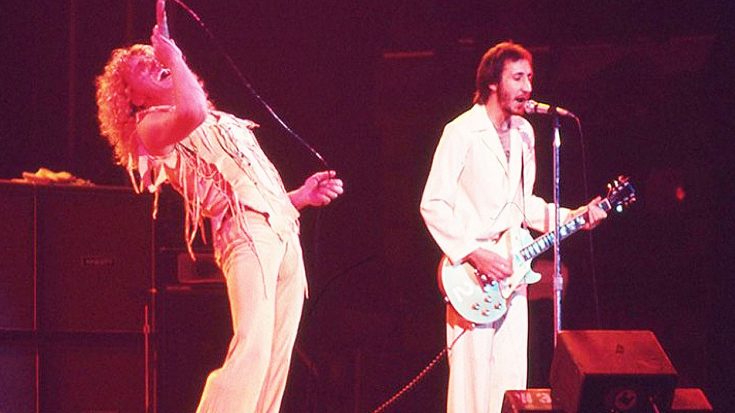 “Take a bow for the new revolution….”

The Who were known for having incredible amounts of high energy during their performances! They would jump around on stage, twirl their instruments and would leave their audiences physically exhausted just from watching them. Traditionally, the band would almost always destroy their instruments on stage, leaving their performance space left in shambles!

The Who have always been known for closing their concerts with their iconic hit “Won’t Get Fooled Again,” off of their hit album Who’s Next.

Fun Fact:Pete Townshend wrote this song about a revolution. In the first verse, there is an uprising. In the middle, they overthrow those in power, but in the end, the new regime becomes just like the old one (“Meet the new boss, same as the old boss”). Townshend felt revolution was pointless because whoever takes over is destined to become corrupt. Pete explained that the song was antiestablishment, but that “revolution is not going to change anything in the long run, and people are going to get hurt.”

Below is a video of a textbook performance of this song by The Who. Witness them close out a concert, and destroy their instruments in classic-Who fashion! Enjoy!