If You’re A Metallica Fan, You Must Hear The Incredible Brand New Song They Just Released! 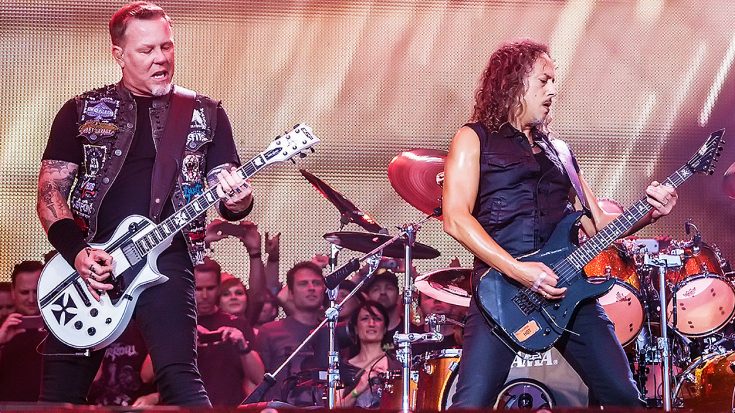 Only a few more weeks til the new album!

The long-awaited new Metallica album is a little more than 2 weeks away from blessing our ears with good, old school metal. So far, we’ve heard the title track “Hardwired” and also “Moth Into Flame.” Overall, both tracks received pretty positive reception, leaving us to believe Hardwired…to Self-Destruct will be the official return of classic Metallica!

This week the band released the third appetizer to the main course, by giving us “Atlas, Rise!” The song sounds equally as heavy to “Hardwired” and “Moth Into Flame.” It’s a 6 and a half minute track, that sounds like kind of a hybrid of both previous singles. James Hetfield’s voice sounds like it does off of the Black Album and Kirk Hammet’s riff and Robert Trujillo’s bass line intertwine seamlessly. But the biggest surprise is Lars Ulrich’s drums, which sound excellent on this song! We’re digging the beat, the fills aren’t extravagant but are still powerful, and we even hear some subtle double bass footwork from Lars!

The one improvement that could be made about this song is Kirk’s guitar solo. It’s a little bland and boring, which is unfortunate because the song is pretty sweet. His guitar at the end of the solo sounds decent, but overall the solo could use a tad bit of work.

Check out Metallica’s “Atlas, Rise!” down below, and look out for their new album Hardwired…to Self-Destruct dropping November 18th.