The Reason Steven Tyler Refused To Sing For Led Zeppelin 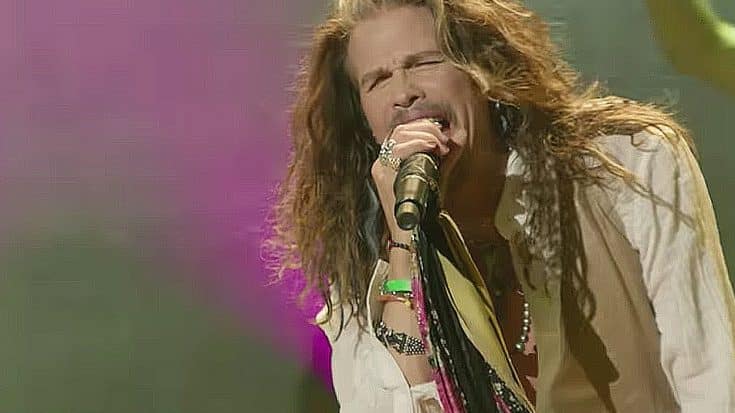 At some point in 2008, Steven Tyler came up with the idea of playing shows with Led Zeppelin as the classic rock band’s lead singer. They even practiced with Zeppelin guitar legend Jimmy Page for the potential gigs where he’d apparently supersede Zeppelin’s iconic singer, Robert Plant. However the planned concert did not go through.

Plant seemed unwilling when Page was thinking of bringing the show on the road at that time. Thus, the idea of other singers came up. As per Tyler, he went over and played with Jimmy and the rest of the band.

It wasn’t an audition to be in Zeppelin, but it was an audition to play with Zeppelin. He said that they planned on “doing a couple of stadiums.” He continued:

“While I was there, Jimmy spoke to me about maybe doing an album. I went home and thought about it for a couple of days. And I got back to him and said, ‘Look, Jimmy, you’re in an iconic band, and so am I. I can’t in good faith leave my band and be in your band.”

But that was not the Aerosmith guitarist Joe Perry has recalled. As far as he can remember, Tyler’s audition for Led Zeppelin was a “chaos” and which left Page feeling “awkward.” However, Tyler claimed that he did a week of rehearsals with Zeppelin. The Aerosmith singer said:

“We played all day for a week.

“It started with, ‘Jimmy, you have no idea how grateful I am to have the chance to come over and jam with you guys, And he goes, ‘Well, maybe we can play some shows together.’ And I said, ‘Stop right there — I’m playing in a band with [Led Zeppelin bassist] John Paul Jones?'”

Tyler recalled that the band let him sing every song he wanted. From “Black Dog” to “Stairway to Heaven,” but it was just a week. He added:

“And yeah, Jimmy asked me to do some stuff with him. But I didn’t want to be Coverdale–Page. Plus, I figured in the time it would take to do that, I could rally [Aerosmith] together.

Presently, Aerosmith plans to resume touring next month. Soon after that, the veteran rockers will head to Vegas for another leg of their concert residency.