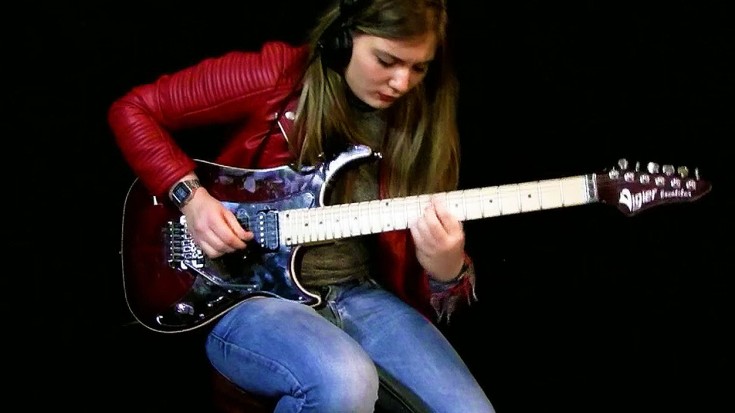 Caught Up In Tina’s “Tornado Of Souls”

At 16, French teen Tina S. has tackled every guitarist from Yngwie Malmsteen and Steve Vai to Eddie Van Halen, Kirk Hammett, and Gary Moore – but today, she’s back with a brand new video and she’s tearing through one of our favorite Megadeth classics, “Tornado Of Souls”. Known for its beloved guitar solo from former Megadeth guitarist Marty Friedman, “Tornado Of Souls” was featured on Megadeth’s iconic Rust In Peace and showcases the immense talent of Friedman, who credits his work on the song as the one that made him feel like a real member of the band. Tina’s shown incredible growth, even just in the last year alone; letting herself really relax and enjoy what she’s playing, slaying classics left and right, it’s no wonder she’s getting attention from some of rock music’s most influential guitarists.

Fun Fact: Rust in Peace received universal acclaim by fans and critics, and was responsible for bringing Megadeth to the attention of a mainstream metal audience.

Coming up on her 11th year of guitar playing, Tina’s an absolute force to be reckoned with! Her absolute dedication to her craft is taking her to some pretty amazing heights, and we’re sure that her take on “Tornado of Souls” is enough to get you swept up in some seriously stellar guitar playing!