16-Year-Old Tina Shreds Steve Vai’s “For The Love Of God,” And It’s Amazing 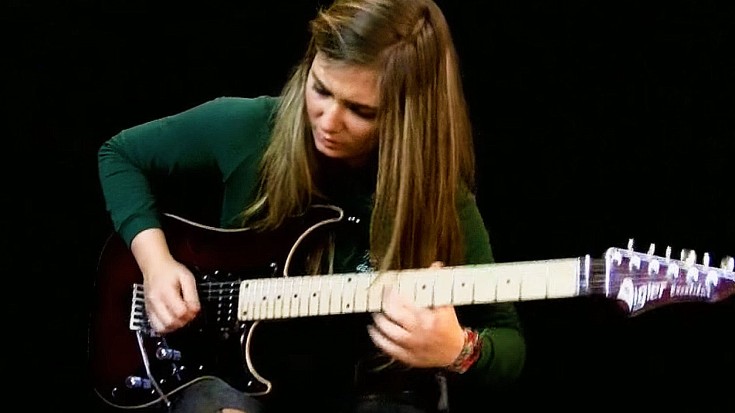 French guitarist Tina S. is back with a brand new video to close out 2015 – and let me just say, it’s fantastic! At 16, Tina’s made a career out of delivering killer covers of songs by some of the biggest bands on the planet, even getting the attention of Metallica’s Kirk Hammett and former David Lee Roth guitarist and composer Jason Becker. This time, she’s back with her first Steve Vai cover in two years, the absolutely amazing ‘For The Love Of God’ from Steve’s 1990 album Passion and Warfare. In the few months since we’ve seen Tina, it seems like her skill’s improved tenfold – while everything she plays turns to gold, she’s letting herself have more fun with her guitar playing and puts more emotion into each bend of the strings, letting us see her heart in addition to her tremendous skill.

Fun Fact: Tina S. caught the eye of master guitar craftsman Patrice Vigier early in her career. She’s been endorsed by Vigier Guitars ever since!

Whether it’s the work of her dedicated teacher Renaud Louis-Servais gently reminding Tina to feel the notes instead of just running through a song effortlessly, or Tina simply growing up right before our eyes, her cover of ‘For The Love Of God’ is everything we could ever want out of this talented young lady!