STUDIO FOOTAGE: Get Ready To Hear The Eagles’ “Take It Easy” As You’ve Never Heard It Before 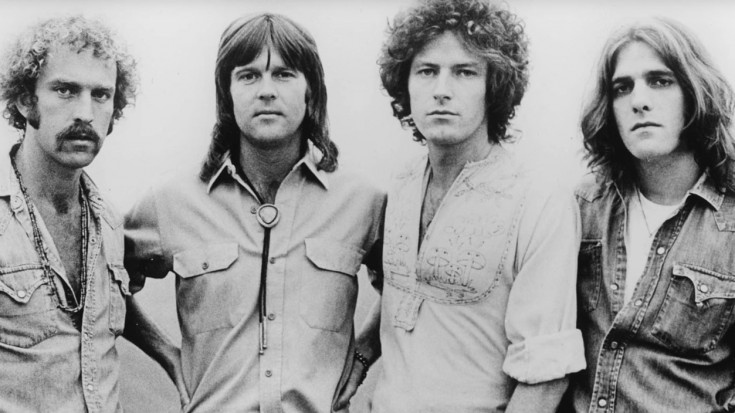 Eagles In The Studio

With news of the Eagles officially retiring following the death of Glenn Frey, fans of the band are understandably running back to their early days – before rifts and fights and breakups and death, and back to when it was just about making solid, timeless rock and roll music. To do our part in preserving the Eagles’ legacy, we’ve found an audio of the band’s original lineup – Glenn Frey, Don Henley, Bernie Leadon and Randy Meisner – in the studio recording one of the earliest incarnations of “Take It Easy,” and it’s like nothing we’ve ever heard before!

Fun Fact: Originally written by Jackson Browne, the song wasn’t finished until Browne’s neighbor Glenn Frey contributed “…such a fine sight to see, it’s a girl, my Lord, in a flatbed Ford…”.

Instead of a full band behind them, it’s the boys recording the harmonies to “Take It Easy” paired with Glenn’s lead vocals leading the charge for the song’s melody. We knew the Eagles were incredible and pretty much second to none when it came to the way they could execute a harmony, but when “Take It Easy” is stripped down to four voices and zero studio production involved, you really get to hear how talented the guys really were. Plus, we can’t forget about Randy Meisner – that high harmony is out of this world!

Don’t forget to listen to the final version below to fully appreciate “Take It Easy” and the work put into it!