Did AC/DC Just Kick Singer Brian Johnson To The Curb? 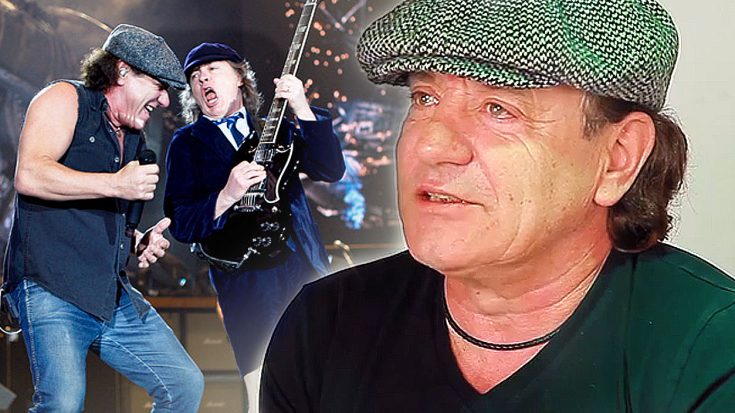 Reports Hint At Rift Between Brian and Angus

The era of AC/DC as we know it may be coming to an end – and not for the reason you think.

Last week it was reported that AC/DC singer Brian Johnson was forced to cease touring immediately or risk permanent hearing loss, prompting the band to search for a guest vocalist and reschedule ten dates of the North American leg of their Rock Or Bust Tour. Johnson, 68, now says that his hearing issue isn’t as bad as it was initially reported – and that now his bandmates in AC/DC have pushed him out, leaving the frontman of 36 years feeling like he’s been “kicked to the curb” according to comedian and friend Jim Breuer.

On Breuer’s “The Metal In Me” podcast, Breuer revealed he spoke with Johnson and the singer feels like he’s being pushed out:

“[Brian] said that he called and let [AC/DC and Young] know, ‘Hey, this is what the doctor said, but let’s try to figure this out. I don’t think it’s as bad as he said it is,'” Breuer said. “Literally the next day in the press, it was ‘Brian Johnson, tour canceled, he’s losing his hearing.’

“He said he just called and gave that information,” Breuer said. “He didn’t say he wanted to quit. He didn’t say he was done. He called with that information, and two days later, he read in the papers and heard on Twitter and everywhere else, ‘Brian Johnson going deaf canceling tour.’ A day later, and it was, ‘Oh, we’re gonna have guest singers.'”

Oh no! Breuer then went on to explain that the next thing Johnson knew, “all his luggage that he ever toured with showed up in his driveway.” According to Brian, following the news of his hearing issue breaking “there’s been no calls” from anyone in the band — either to explain their decision or to simply check on his well-being — and told Breuer, “I feel like I’ve been kicked to the curb.”

Wow. If this is true, this could spell the end of the AC/DC we all grew up with, especially if Angus Young decides to continue with the band for another tour or album sans Brian Johnson. We’ll keep you updated as the situation unfolds, but until then we wish the best for everyone involved.