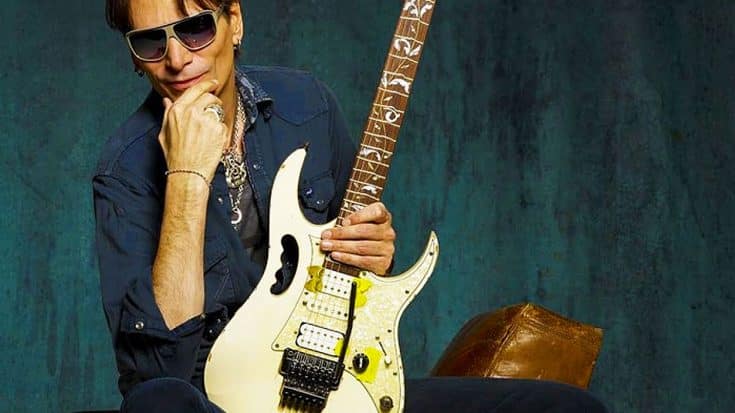 Master guitarist and musical visionary Steve Vai is never short on ways to surprise, dazzle, and delight fans around the world with his craft. Whether it’s merging art and science together for an interstellar appearance at Norway’s acclaimed Starmus Festival or, in this case, plotting one of the most highly anticipated album releases of the summer, Vai can always be counted on to keep the bar of artistic integrity raised to impossible heights – and his upcoming offering is no exception as he prepares for the July 7th, 2017 release of Modern Primitive through Favored Nations Entertainment, his own indie label formed in 1999.

Originally released as a companion disc to the 25th anniversary edition of Vai’s critically acclaimed Passion and Warfare, Modern Primitive is getting its turn to shine as the 7th installment of Vai’s Secret Jewel Box, a fiercely ambitious 10 CD box set originally released in December 2001.

Standing alone as a limited edition release modified exclusively for The Secret Jewel Box, Modern Primitive is the crucial missing link between Vai’s 1983 solo debut Flex-Able and 1990’s seminal Passion and Warfare, comprised of material written and partially recorded with his band The Classified and beautifully chronicles the monumental growth he experienced as an artist during that 7-year time span.

“The music on Modern Primitive was written and recorded with virtually no expectations for its future,” Vai marveled.

“As a result, there was an opening up to a powerful and personal creativity that allowed me to find the most stimulation music I could conjure. So far it’s my favorite album that I ever made.”

Slated for a July 7th release, Modern Primitive will be available for pre-order on Amazon and Steve’s official website as of June 9th, so be sure to mark your calendars and get ready to reserve your copies – this is an album event you definitely do not want to miss!