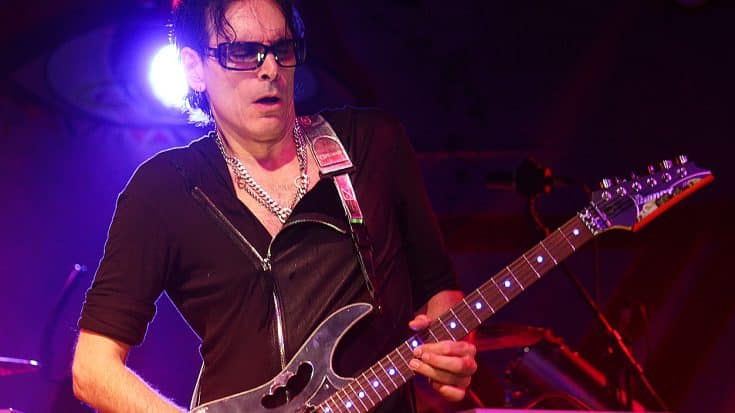 Vai Headlines Celebration Of Science And The Arts

From June 18 to 23, the most brilliant minds in science will come together in Trondheim, Norway for Garik Israelian’s Starmus Festival. Now in its 4th year, Starmus has been home to Queen guitarist and astrophysicist Brian May since its 2011 inception but due to May’s touring commitments will see another legend fill the festival’s headlining slot in his place as rock legend and master guitarist Steve Vai takes the stage for an explosive performance that beautifully bridges the gap between science and the arts.

Vai, who famously performed with May during 1991’s Guitar Legends in Seville, was graciously invited by May and with the help of his talented band and very special guests Nuno Bettencourt, Grace Potter, and Devin Townsend will dazzle fans with a can’t miss concert titled “Modern Primitives” at The Spektrum on June 21st.

“It’s an honor and a privilege to take part in this years Starmus event with such distinguished and creative icons of science,” says Vai.

This event will be an inclusive and dynamic gathering of powerful Universe expanders that will come together to create a collective of pure positive energy, and I’ll be there with whammy bar in hand to add a little extra gravity.”

In a week filled with live music, talks, and debates centered around celebrating science and the arts and bringing an understanding and appreciation of science to the masses, fans can also look forward to the three-time Grammy Award winner leaving his own mark on the science world with a special presentation on Creative Manifestation that you absolutely do not want to miss.

An excited Vai describes the event by calling Starmus “an inclusive and dynamic gathering of powerful Universe expanders that will come together to create a collective of pure positive energy” and promises to “add a little extra gravity” to the occasion – and we couldn’t be more excited! With just a few weeks left to go until the big event, don’t miss out on your chance to see Steve Vai bridge the gap between science and the arts as only he can; grab your tickets today!