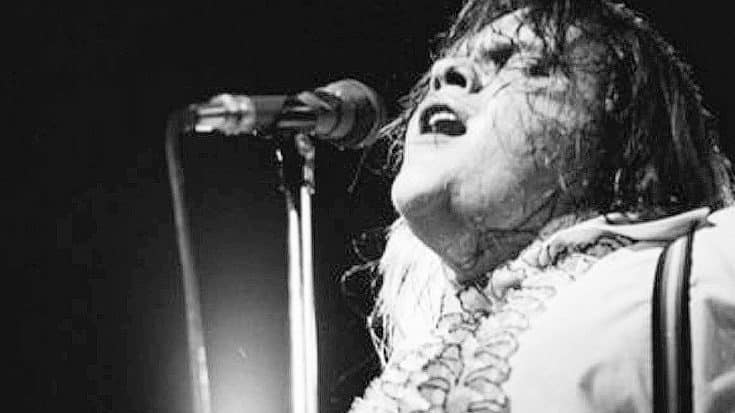 On June 11th 1978, multi-platinum recording artist Meat Loaf was halfway through his iconic Bat Out Of Hell Tour when he hit the stage at the Stadthalle Offenbach in Germany for an episode of ‘Rockpalast’. He sang the title track from his 1977 album Bat Out Of Hell and kicked things off with an instrumental before actually walking out on stage to sing.

Written by Jim Steinman, the song is constructed from a shot near the beginning of the 1960 cinema classic Psycho; in it, the viewer looks down a valley and sees the lights of the city. Meat Loaf describes the guests staying at the Bates Motel as wishing they could’ve left ‘like a bat out of hell’, turning Alfred Hitchcock’s iconic cinematic thriller into an 11 minute rock anthem.

Fun fact: The ‘motorcycle’ sound heard in the “Bat Out Of Hell” recording is actually producer Todd Rundgren’s guitar playing.

Originally, the plan was for there to be the sound of an actual motorcycle on the recording, but it was later decided that there would be a guitar mimicking the sound of a motorcycle in its place.

With the help of his all-star band, Meat Loaf served up a riveting performance of “Bat Out Of Hell” that kept his audience engaged from start to finish – relive this epic performance here!