A Drum Kit Is Set Up At The Super Bowl Halftime Show, But What Happens When Bruno Mars Sits Behind It? 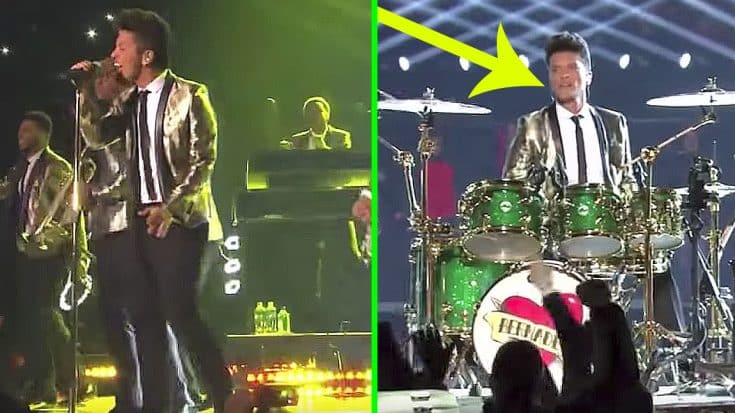 At this point, if you aren’t aware of just how talented Bruno Mars is, then you are SERIOUSLY behind the curve. Bruno Mars may technically be considered a pop-star, but what you may not know is that Bruno Mars is one of the most multi-talented musicians in the world today, literally. He’s a guitarist, pianist, singer, and yes, drummer.

Not only that, but he often does covers and/or tributes to our favorite classic rockstars such as Led Zeppelin, Prince, AC/DC, and many others. And what’s even more amazing is that each and every cover, he knocks it out of the park. It’s a bold thing to say, but I say that if you’re a classic rock fan you should be a Bruno Mars fan, too!

One such example of him displaying his amazing talents was at the 2014 Super Bowl Halftime Show. Along with playing his original music, Bruno brought out a drum set on stage and proceeded to blow the audience away with his drumming abilities! Don’t believe me? See for yourself!