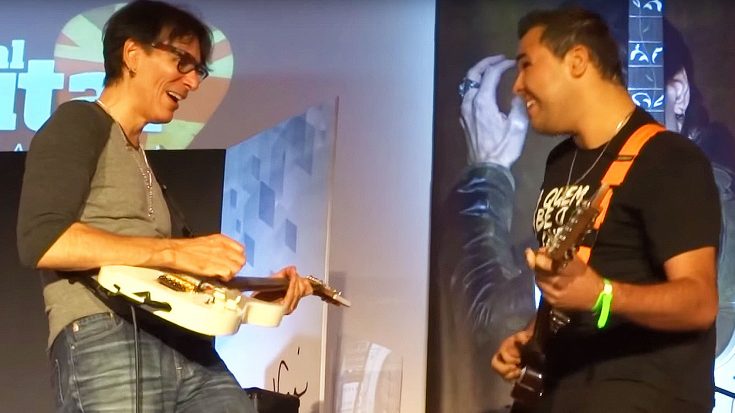 That’s how you shred!

How would you feel if you had the opportunity to play guitar with the legendary Steve Vai? Well, for this fan that opportunity became his reality, and boy was it an amazing moment for him! The fan’s name is Patrick Souza, who proved himself worthy of jamming with Vai after his performance in this video. Vai and Souza shred an incredible guitar-off and the solos they pull off are face-melting. The skill that both of them display is absolutley ridiculous, and they sound fantastic together!

Based on a majority of the comments in the video, we’re going to assume this was taken in Brazil. With that being said, it’s fascinating to see how much of an impact Vai’s music has had on people across the world.

Check out the awesome duet down below!