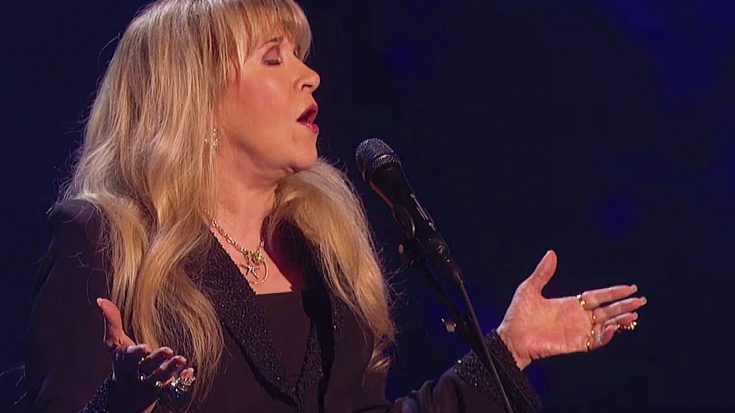 Can We Just Vote Stevie As This Season’s Winner?

As fans and judges of the hit television show America’s Got Talent found out the hard way last night, when you’re actual rock goddess Stevie Nicks, it’s impossible to make a guest appearance on one of television’s hottest shows without stealing the thunder of everyone in the room, which is exactly what happened when the 68-year-old rock legend took the stage and delivered a flawless performance of Fleetwood Mac’s 1975 classic “Landslide”.

Fun Fact: Stevie wrote “Landslide” while she was contemplating going back to school or continuing on professionally with guitarist Lindsey Buckingham.

Introduced by the show’s newest winner, 12-year-old Grace VanderWaal as “a true hero of inspiration” before turning the mic over, Stevie was categorically stunning as she stepped in front of her microphone and flanked by an acoustic guitar player and a keyboard player let the lyrics to “Landslide” flow effortlessly, rendering the audience and judges at America’s Got Talent completely silent until it came time for the final high note, at which time she saw the entire crowd jump to its feet in furious applause. For those of you lucky enough to snag tickets to Stevie Nicks’ upcoming 24 Karat Gold tour, her performance of “Landslide” is a fantastic glimpse at what you can expect from your favorite rock legend so be sure to check it out in the video below!