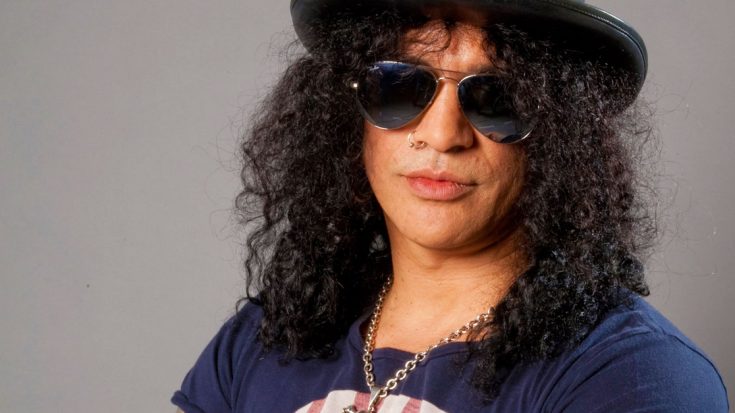 We Hope He’s Got The Receipt!

Fresh off of Guns N’ Roses’ history making Not In This Lifetime tour, Slash finally has some time to himself to breathe, take a look around and take in the wild ride that his journey through rock and roll has taken him on. At 51, he’s seen it all, done it all and somehow lived to tell the tale – but when it comes to his loyal legions of fans around the world and his former freewheeling rock and roll lifestyle, Slash is no stranger to some pretty weird experiences and in an interview with Team Rock, the Guns N’ Roses axeman ‘fessed up to the strangest – and weirdest – thing a fan’s ever given him.

“Crabs,” laughs Slash, who while receiving a rather…uncomfortable gift from a fan is certainly not the first (or the last) celebrity to be gifted with something strange:

Once received a baby from a fan.

The Suicide Squad star and sometimes rockstar received a human ear and took the creep factor one step further by drilling a hole in it and wearing it. He wore it, y’all. He wore it.

A fan once gifted the shock rocker with a tiny coffin containing the heart of a dead cat.

I mean…in cases like that, is it the thought that counts? I have no idea what the protocol is for a gift like that, but we sure hope Slash had the receipt for that one!