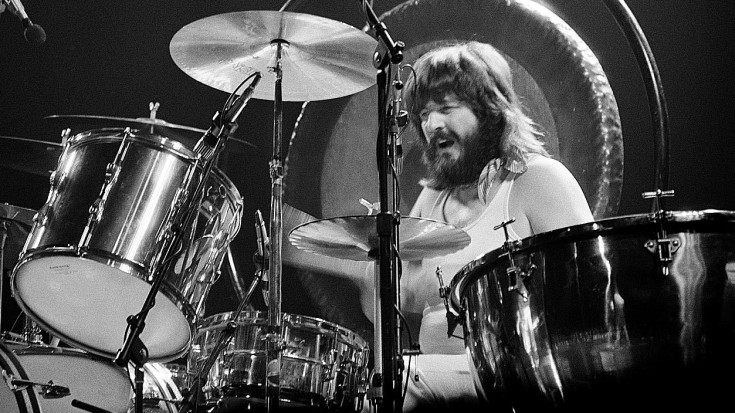 After 35 years there still isn’t much to say about the loss of Led Zeppelin’s John Bonham that hasn’t already been said, but we’ll try. A musician’s musician who set the bar impossibly high and still found ways to challenge and outdo himself, Bonham is one whose name is revered in music circles. From his onstage theatrics that ranged from epic drum solos spanning upwards of 20 minutes, to his larger than life spirit that sucked you in like one of his massive bear hugs and refused to let you go, John Henry Bonham was a force of nature – meant to be experienced, never understood.

Bonham was esteemed for his speed, power, fast bass-drumming, distinctive sound, and “feel” for the groove.

His passion for playing the drums was overshadowed only by his kindness, and the sheer love he had for those around him – especially his wife, Pat and beloved children, Jason and Zoë. It’s been 35 years and the world has changed, and with it the way we listen to music and the quality of which we accept. One thing’s stayed the same, though: John Bonham is still one of the best drummers in rock and roll and his loss is something that cannot be overstated.

We miss you more than ever, Bonzo. Happy birthday.