Audio Proof: Pope Francis Is The Next BIGGEST Rockstar 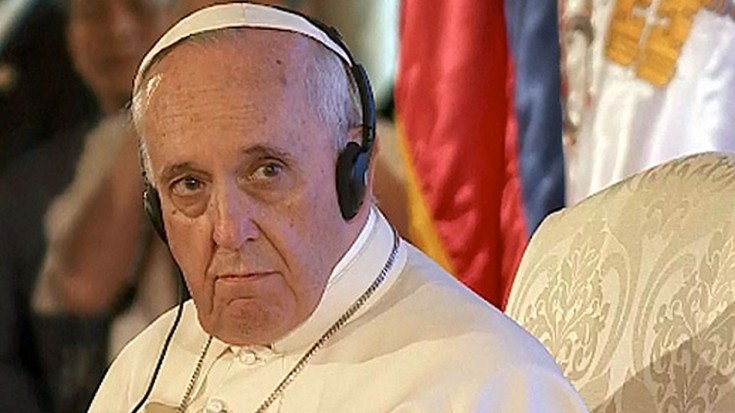 In the coming month he is set to release a Vatican- approved pop- rock album titled “Wake Up!” featuring inspirational moments from his most uplifting speeches mixed with Italian rock from musician Tony Pagliuca, former founder of Le Orme.

It goes without saying that this is the “coolest” Pope we will ever have! Respecting the credibility and authority of the Vatican, Pope Francis has covered all of his bases in the hopes of waking young people up to the wonders of the world.

We are truly inspired by his dedication to appeal to different demographics using nontraditional and modern approaches to spreading the faith.

This “Wake Up! Go! Go Forward” track may make you feel inspired to change some things in your life and hugs the ones you love the most.

Here are more of tracks you can be expecting to hear in November! Enjoy!