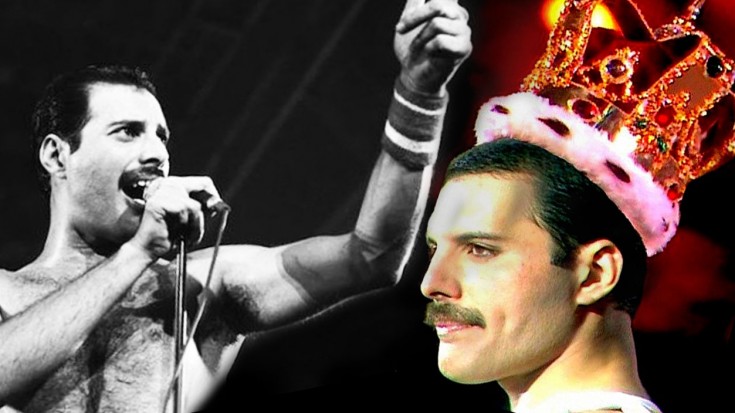 Did Queen go soft, or was this the music they were always striving to play?

Freddie Mercury elucidates on this song: “It’s about a high class call girl. I’m trying to say that classy people can be whores as well. That’s what the song is about, though I’d prefer people to put their interpretation upon it – to read into it what they like.”

“Killer Queen” was written by lead singer and pianist, Freddie Mercury. The title track was featured on their 1974 album, Sheer Heart Attack, and also appeared on the band’s compilation album, Greatest Hits. With the release of “Killer Queen” came the band’s first major breakthrough on the worldwide singles chart, despite being taken from their third studio album.

I love watching live performances of who is said to be the greatest live rock band of all time. With Freddie’s untimely passing, its such a blessing to be able to relive these moments in history, and reveal in the magic of true classic rock.

She keeps Moët et Chandon
In her pretty cabinet
‘Let them eat cake,’ she says
Just like Marie Antoinette
A built-in remedy
For Kruschev and Kennedy
At anytime an invitation
You can’t decline
Caviar and cigarettes
Well versed in etiquette
Extraordinarily nice

Recommended at the price
Insatiable an appetite
Wanna try?

Drop of a hat she’s as willing as
Playful as a pussy cat
Then momentarily out of action
Temporarily out of gas
To absolutely drive you wild, wild..
She’s all out to get you

Recommended at the price
Insatiable an appetite
Wanna try?
You wanna try…