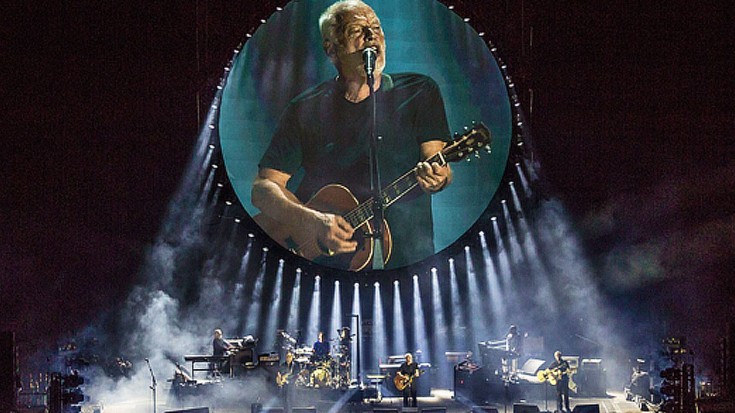 If you missed Pink Floyd’s iconic performance in Pompeii back in 1971, don’t worry – everyone did. It would be 45 years before anyone would actually hear Pink Floyd songs performed live at Pompeii’s stone amphitheater and judging by the sold out crowd at last week’s stops on David Gilmour’s Rattle That Lock World Tour, it was worth the wait; fans saw David dust off classics like “One Of These Days” for the first time in over a decade and the well loved “Comfortably Numb,” but it was his thrilling take on 1975’s “Shine On You Crazy Diamond” that brought the crowd to its feet in a kaleidoscope of light and sound.

Fun Fact: Syd Barrett actually attended one of the Wish You Were Here sessions and watched his bandmates record “Shine On You Crazy Diamond”. He had no idea it was about him.

Written in 1975 and featured on Pink Floyd’s concept album Wish You Were Here, “Shine On You Crazy Diamond” is a 9-part movement celebrating the madness and genius of founding member Syd Barrett that can only be described as electrifying, though we’re sure that the moment proved to be especially overwhelming for David as he played this song in Pompeii for the very first time and without any of his former bandmates. A truly unforgettable evening for all who attended, the moment was thankfully caught on camera by a fan gracious enough to tape the moment for those who couldn’t be there, so be sure to check it out in the video below!