MAJOR: Do We Finally Have A Set Release Date For Metallica’s New Album!? 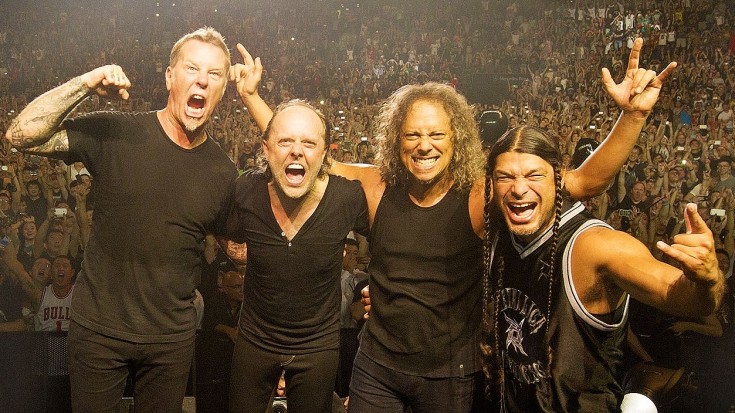 The wait is apparently almost over

Metallica’s 10th studio album has been in the works for a while now. The long awaited album has been teased, and fans are chomping at the bit to get any information they could possibly get. Luckily, it seems that the group has finally given a release date on when the new material from the heavy metal rockers will finally pierce our eardrums. A German newspaper recently revealed the expected release date is October 14th, 2016. Although the date has yet to be confirmed by the record label, the eight year wait may finally end in three short months from now.

“We’re mixing it now, so hopefully by fall it’ll be out and hitting people’s ears. It’s been a long time coming, and, you know, this is what we do. We love playing, and the next album is exactly what it’s supposed to be, so we’re excited about it.”- James Hetfield revealed in an interview

Drummer Lars Ulrich recently spoke about how family commitments have come up, and made the album a little more challenging to complete. However, Ulrich also was reported saying that unless something “radical” were to get in the way, the album being out in 2016 is an almost guarantee. Hopefully the date reported is correct and we can spend the fall enjoying some heavy riffs and beats from these rock legends. Their last release was Death Magnetic in 2008.