We Just Found A Video Of William Shatner Trying To Sing “Iron Man” And We Can’t Stop Laughing! 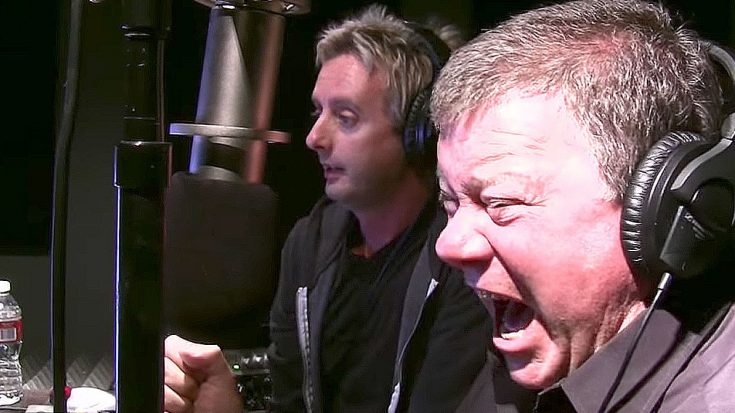 Since When Is William Shatner A Black Sabbath Fan!?!

Incase you’re unaware, William Shatner is without a doubt a pillar to the science-fiction community and all of cinema for that matter. He’s a character for sure. His unique off-timing speaking style has been mocked and mimicked by every possible comedy outlet. As it turns out, he’s not too shabby of a singer though (case in point – Rocket Man)… I guess.

William Shatner certainly has enough acylates to his name to call it a day. He’s an actor, director, producer, and singer. Speaking of singing, did you know he once tried to cover Black Sabbath’s ‘Iron Man’? It’s true! And it’s awesomely hilarious!

What you’re about to watch is William Shatner record himself singing ‘Iron Man’ by Black Sabbath for his fourth studio album ‘Seeking Major Tom’, a hard rock narrative that follows a character named Major Tom through space and time. The album is rather star studded as it features such names as Sheryl Crow, Richie Blackmore, Peter Frampton, and Zakk Wylde just to name a few. Speaking of Zakk Wylde, he laid down the guitar tracks for this song that Shatner is recording on.

The hilarity comes when William Shatner tries to scream at the top of his voice desperately trying to hit those high notes. We can all understand certain actors being able to establish themselves as musicians as well. For example, Johnny Depp and Kevin Bacon are also accomplished guitarists and have gone on to have successful careers in music, but William Shatner singing metal? That’s a bit of a stretch, but you can’t blame the guy for trying? Well, maybe you can…