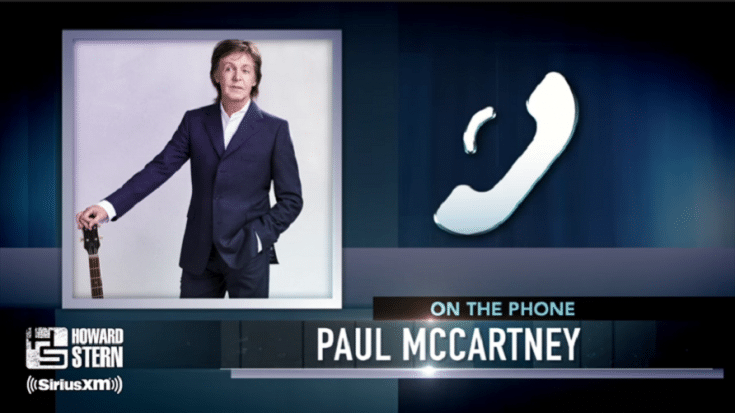 He Says “They Might As Well Be Letting Off Atomic Bombs”

In an interview with Howard Stern on SiriusXM, animal rights advocate Paul McCartney called on China for better regulation of their “wet markets” – which had long been pointed by several people as the source of the coronavirus especially those who ate bats or used them for medicinal purposes. Besides, one of the first cases in Wuhan, China was someone who worked at the Huanan Seafood Wholesale Market.

McCartney said, “I really hope that this will mean the Chinese government says, ‘OK guys, we have really got to get super hygienic around here.’ Let’s face it, it is a little bit medieval eating bats.”

He added, “It wouldn’t be so bad if this is the only thing it seems like you can blame on those wet markets. It seems like Sars, avian flu, all sorts of other stuff that has afflicted us … and what’s it for? For these quite medieval practices. They need to clean up their act. This may lead to [change]. If this doesn’t, I don’t know what will.”

Speaking about banning wet markets, the longtime vegetarian concluded: “I think it makes a lot of sense … when you’ve got the obscenity of some of the stuff that’s going on there and what comes out of it, they might as well be letting off atomic bombs. It’s affecting the whole world. I understand that part of it is going to be: people have done it for ever, this is the way we do things. But they did slavery forever, too. You’ve got to change things at some point.”

For the record, there’s no solid evidence supporting the “bat-eating theory” but that didn’t stop netizens from spreading the story on social media and other blogs. “Wet markets” are common in Asia where vendors sell anywhere from fresh meat to live animals.