Neil Young Shares His Wisdom About Getting Old 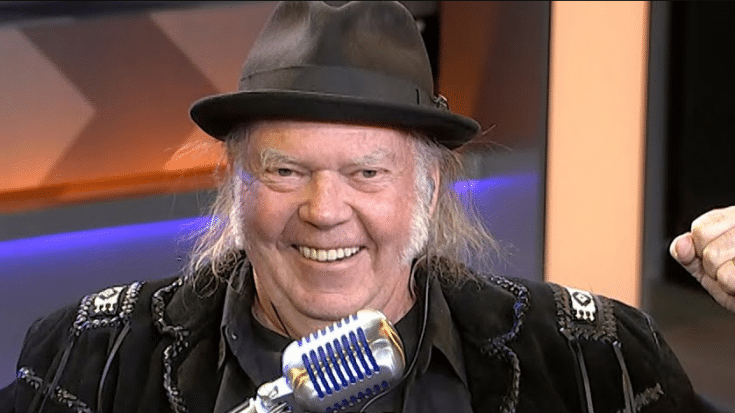 Neil Young shared some of the highlights of his 77th birthday and why he decided to make a docu-film that shows the making of his album Harvest at The Howard Stern Show.

Recently, Young shared his 77th birthday experience wherein Joni Mitchell was there to join him. Young recalled that it was a big and fun party. He said:

“It was fantastic. Stephen Stills was there, and Joni Mitchell was there and all my friends and my family, everybody. It was cool.”

“I’m not freaking out, but there was something going on. I don’t know, maybe when you see that you know when I just made this movie about Harvest and I watched it you know. And everybody, it’s gone. I’m the only one who’s not gone,” he said referring to his age and his thoughts about reaching that point.

Stern also runs through Harvest which he considers as the mind-blowing album that Young has ever created. It was confirmed by Young himself that a film about the album will be released soon saying:

“Well you gonna see how we did it and us doing it. But there’ll be other takes, not the takes you’re used to, and all the stuff that I did in my barn.

“And then I did some of the, you know, with the London Symphony Orchestra, but we recorded that. We filmed it when I hear the orchestration, you know, a man needs to make one of my favorite songs he ever wrote. That’s ‘You’ on a piano, but then it builds. I mean, ‘You’ did multiple takes. You didn’t just right out of the box do it.”

Young also explained that there were problems regarding the timing between him and the orchestra, so they had to repeat it multiple times. He said that it’s something that could be watched exclusively in his upcoming documentary film.

The interview ended when Stern asked Young about a footage of “Alabama” that was also included in the upcoming movie, where Crosby and Stills can be seen singing the song. Young explained:

“I need these guys to sing this because they can sing.”

Check out the full interview below.