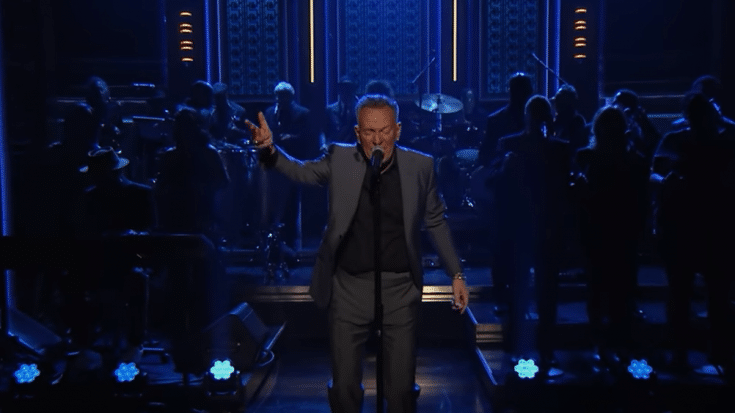 On the third night of Bruce Springsteen‘s residency at NBC-TV’s The Tonight Show starring Jimmy Fallon, he performed the Commodores’ classic hit, “Nightshift.”

According to Springsteen’s official page:

“An essential song selection in the early creation of ‘Only The Strong Survive,’ the track inspired Springsteen, his producer Ron Aniello and engineer Rob Lebret to christen themselves ‘The Night Shift’ while finishing this new record. ‘Nightshift’ was first recorded by The Commodores on Motown Records in 1985, serving as a tribute to late soul music heroes Marvin Gaye and Jackie Wilson just after they passed.”

Springsteen covered tracks from the catalogs of Motown, Gamble and Huff, Stax, and many more in the newly released album, Only The Strong Survive. The episode when he performed “Nightshift” was followed by an interview and performance of the 1965 Frank Wilson’s “Do I Love You (Indeed I Do).”

The night after that, a performance of the singer’s take on the 1970 Tyrone Davis hit, “Turn Back The Hands Of Time” was televised. Springsteen is set to end his Tonight Show residency with an appearance during a special Thanksgiving episode this coming November 24.

Meanwhile, Springsteen announced a 2023 tour with The E Street band. The tour will kick off in February and will wrap up in April. Springsteen said:

Watch his Tonight Show performance below.