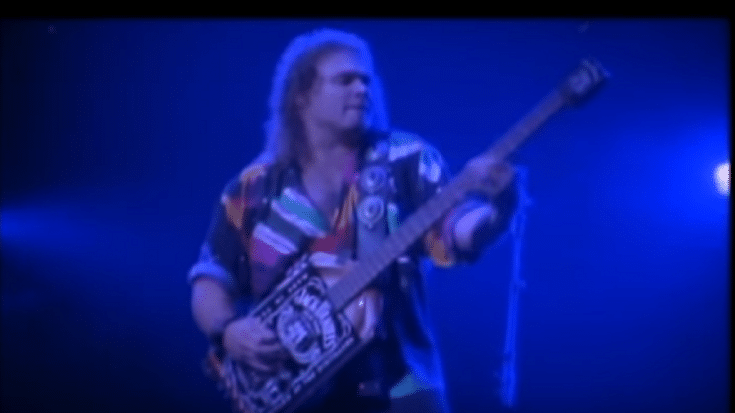 Late last year, there were rumors that bassist Michael Anthony will be joining Van Halen’s stadium tour but Anthony himself said he hasn’t spoken to the band in years, the last time was when they played together in 2004. Just this month, Former Van Halen vocalist Sammy Hagar claimed on SiriusXM show Trunk Nation that Van Halen’s management has actually been in touch six months back with Anthony and basically asking him to be a part of the tour’s lineup.

He also added he’d be supportive if ever it will happen.

And the latest in this saga is actually disappointing. Metalhead Zone revealed a post by a Warner/Chappell Music employee named Tomas Bmyr. Some of the things he said include the fact that this isn’t exactly a farewell tour. Instead, Van Halen has six dates across US in Summer and 5 dates in Las Vegas this December.

Furthermore, Michael Anthony will indeed be part of the shows BUT…

“will be only appearances with each concert, featuring, at a given moment of the concert … indeed, Mike will come on stage with his bass Jack Daniels and begin his famous bass solo, before playing “somebody get me a doctor”, which he will sing himself, as in 1998 and 2004.”

Bmyr also wrote that the band will make the official announcement very soon. So, what do you think? Does Michael Anthony deserve this small role in the tour? Or are you as disappointed as us?