Metallica’s Music Saved A Woman From A Cougar 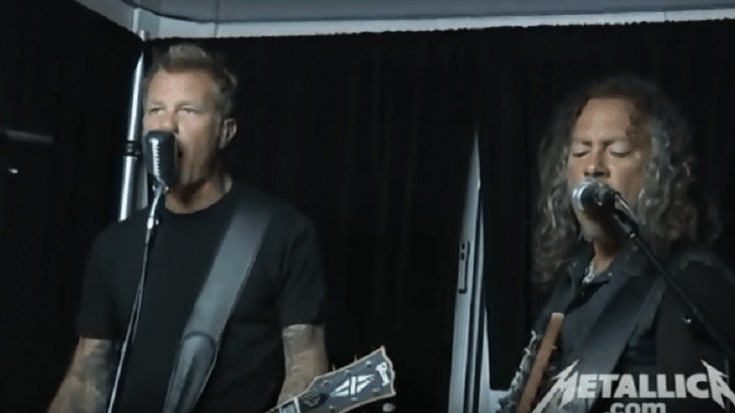 After reading this, you’ll never listen to Metallica the same way again. Guaranteed.

Canadian hiker Dee Gallant was taking her eight-year-old husky retriever Murphy for a stroll just outside of Duncan, British Columbia when she encountered a wild cougar. It was just a few feet away from her. She told Victoria News:

“I just had the feeling I was being watched. I looked over to the right and there he was.”

Initially, she didn’t panic and even thought it was cool seeing that animal, she even tried filming it. But it wasn’t long before she noticed that it was slowly coming towards her. That’s when she got frightened. At first, she tried yelling and waving her arms but quickly realized it wouldn’t work. And the next thing she did probably deserves to be listed as a survival guide from now on.

“I quickly rifled through my iTunes and found Metallica ‘Don’t Tread On Me’. I thought it was the noisiest thing on my phone that would probably scare it. That was also the message I wanted to convey to the cougar.”

Under different circumstances, this plan would’ve sounded ridiculous. But nothing is ever ridiculous if it works. She added:

“As soon as the first notes blared out, it ran into the bush.”

And so, Metallica literally saved the day. Gallant also said that she “would love to contact them some day and tell James Hetfield that he saved my life.” So today’s lesson is basically, always be mindful of the loudest and noisiest song on your phone.

Check out Gallant’s video below.