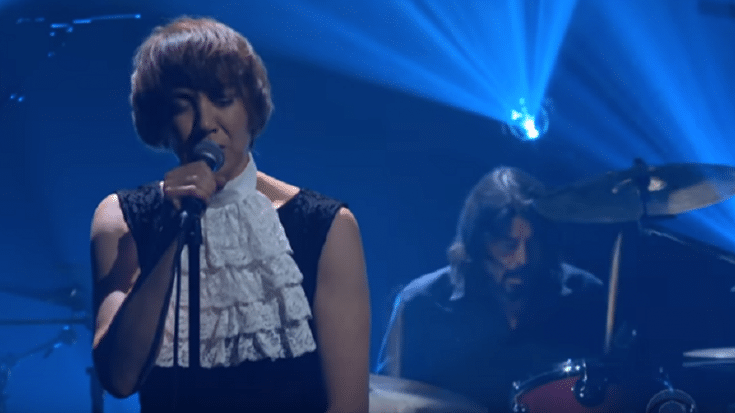 Not What You’d Expect

In an episode of the Late Late Show with James Corden, Dave Grohl teamed up with indie-rock duo the Bird and the Bee (Inara George and Greg Kurstin) for a stunning performance of the Van Halen classic “Ain’t Talkin’ Bout Love.” With Grohl on drums, it’s as good as it can get.

“We soon figured out that we couldn’t put guitar in it. It would be almost like sacrilegious. Greg approaches his piano in a similar way as Eddie would on his guitar—it’s almost an extension of his body. For Greg to try to play guitar or to get somebody else would be dumb. So we just figured, ‘Let’s not even try that. Let’s have it be about more of a piano-driven or keyword-driven record.'”

This isn’t actually the first time Grohl collaborated with Kurstin because he produced Foo Fighters’ ninth studio album Concrete and Gold which was released on September 15, 2017. In an interview with Music Week, Dave Grohl was all-praises for Kurstin: “Greg is a fuc*ing genius. He’s a brilliant producer and he has this sonic intuition that I have never seen in anybody else.”

Check out the performance below and let us know what you think.