The Road Trip Songs By The Beatles 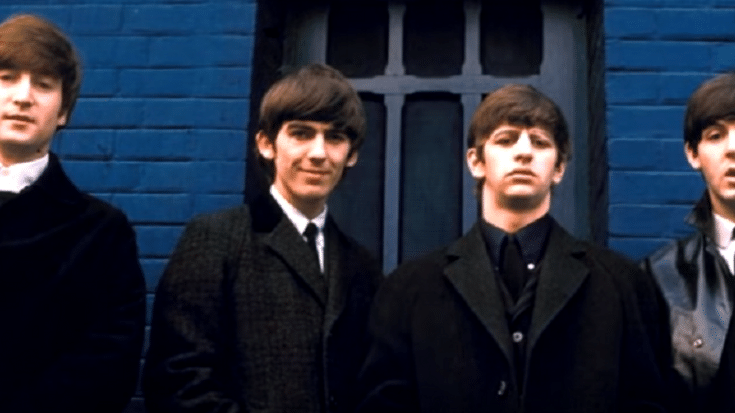 A Little Something From The Fab Four

Everyone loves going on road trips – it’s exciting, exhilarating, and is a great way of dealing with stress. But, what’s a road trip without a good playlist? So we pulled out songs from The Beatles which are about travelling, riding cars, flying, or you know, the good ‘ole “takes you to places without leaving your room” kind of stuff? We’ve got you covered.

So, are you ready for a musical journey?

Unlike most of their tracks, this one’s mostly instrumental. There are no lyrics but it’s magical all the same. According to Paul McCartney, “Flying was an instrumental that we needed for Magical Mystery Tour so in the studio one night I suggested to the guys that we made something up. I said, ‘We can keep it very very simple, we can make it a twelve-bar blues. We need a little bit of a theme and a little bit of a backing.’ I wrote the melody.”

Gee, it’s good to be back home
Leave it till tomorrow to unpack my case

Featured in the monolithic record The White Album, it’s a tongue-in-cheek track that’s meant to be a parody of Chuck Berry’s 1959 hit “Back in the U.S.A.” It was McCartney who played the drums because Ringo Starr walked out in the middle of recording.

8. You Never Give Me Your Money

Not surprisingly, this song is about The Beatles’ business dealings and the financial problems they were facing. George Harrison said, “‘Funny paper’ – that’s what we get. We get bits of paper saying how much is earned and what this is and that is, but we never actually get it in pounds, shilling and pence. We’ve all got a big house and a car and an office, but to actually get the money we’ve earned seems impossible.”

7. Lucy in the Sky with Diamonds

From a “boat on a river” to “a train in a station”, this song is mostly about moving or travelling for that matter. Sure, it was controversial for a time because everyone thought it was an ode to LSD (which it may very well be) but it’s still a magical piece of music.

6. The Long and Winding Road

In retrospect, this is the song that best defined how The Beatles were like months before their breakup. And in a way, it’s fitting that it became their last #1 hit. In the words of John Lennon, “Paul again. He had a little spurt just before we split. I think the shock of Yoko Ono and what was happening gave him a creative spurt including Let It Be and Long And Winding Road, ’cause that was the last gasp from him.”

This isn’t exactly the best song to play when travelling with family because well, for obvious reasons. Only McCartney and Starr worked on the song because Lennon and Harrison were busy with other tracks. Lennon later admitted in an interview that he was a bit hurt to be excluded.

This was inspired by Paul McCartney’s road trips with wife Linda. She said, “When I moved to England to be with Paul, we would put Martha in the back of the car and drive out of London. As soon as we were on the open road I’d say, ‘Let’s get lost’ and we’d keep driving without looking at any signs. Hence the line in the song, ‘Two of us going nowhere’. Paul wrote Two Of Us on one of those days out. It’s about us.”

McCartney and Lennon had to rework on the song several times because the lyrics didn’t come out as strong as they would’ve liked. McCartney shared, “This nice tongue-in-cheek idea came and suddenly there was a girl there, the heroine of the story, and the story developed and had a little sting in the tail like Norwegian Wood had, which was ‘I actually haven’t got a car, but when I get one you’ll be a terrific chauffeur.”

Talk about songs that’ll take you places! Obviously, the making of the song was fueled with LSD. It’s as psychedelic as it can get.

Like some of their other masterpieces, this song was way ahead of its time. It wasn’t the usual track people were used to hearing from them. For one, it was longer than three minutes. McCartney revealed, “I think the interesting thing was a crazy ending: instead of ending like the previous verse, we changed the tempo. We picked up one of the lines, ‘My baby don’t care’, but completely altered the melody.”