The Best Songs Ever Made By Mike Campbell 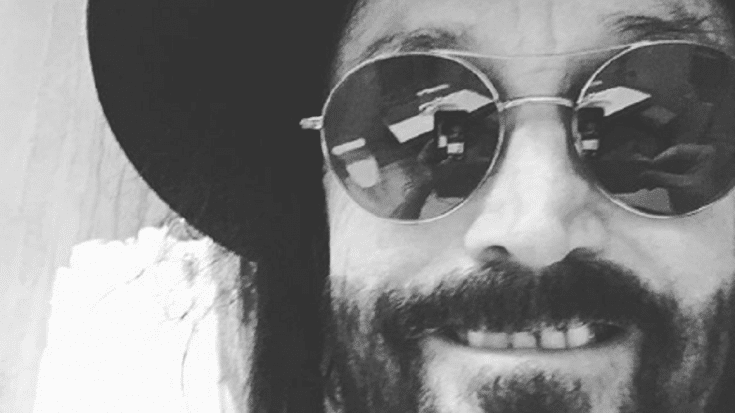 Mike Campbell is one of those highly underrated musicians that deserve more credit and appreciation. While he’s mostly known as a member of Tom Petty and the Heartbreakers, he was way more than that. He wrote several songs that stood the test of time. He also produced records like some of the songs in Roy Orbison’s Mystery Girl. Recently, he landed a gig as the guitarist for Fleetwood Mac, replacing Lindsey Buckingham.

In honor of this genius, we present to you ten of his best works as a songwriter.

Written by Mike Campbell and Tom Petty, it was featured in Lone Justice’s self-titled debut studio album. One of the founders of the Heartbreakers, Benmont Tench, was a frequent guest during their live performances.

Although it didn’t crack the top 20 in the US Billboard Hot 100, it remains one of the band’s most loved tracks. In an interview with SongFacts, keyboard player Benmont Tench said: “I like the way the track breathes. There is a lot of space, there are a lot of places where there’s only drums, bass and one guitar playing with a vocal. I like the air in that song. I like the way that the beat picks up a little and then drops down in tempo and picks up for the chorus and then drops back down for the verses. I really like that. I thought it was a brilliant song.”

Campbell also wrote a couple of songs for Don Henley including this 1990 hit. Campbell said, “That was a couple of years later, by then I had upscaled my home studio to a 24-track. I cut the track at home and played it for him. He wrote some words, I think he got some help from J.D. Souther on some of the lyrics. He changed the key to fit his voice, then we went in and basically recreated the demo. I know he was especially proud of that one. He told me that lyric was something he had been trying to write for a long time and it finally came out the way he liked it, something he really wanted to sing.” During a reunion concert in 1994, Henley performed an acoustic version of the song with the Eagles.

Originally recorded by Petty for his first solo album Full Moon Fever (even though his band the Heartbreakers played on it), the song is mostly about Petty’s musical roots like the life-changing moment when he saw Elvis Presley. Campbell wrote this with Jeff Lynne and Petty at Campbell’s house.

6. Tom Petty and the Heartbreakers – “You Got Lucky”

It’s one of their most enduring songs and it’s no wonder why. Speaking to SongFacts, Campbell revealed how it came together: “‘You Got Lucky’ was written to a drum loop. I had made a drum loop in my studio and put the music together. We went into the studio and actually recreated another drum loop. The drummer would go out and play, then we’d cut the tape and tape the loop together. We ran it around the room over some mic stands and through the tape heads, and then printed that for 3 or 4 minutes and then recorded the song over that drum loop.”

5. Tom Petty and the Heartbreakers – “Jammin’ Me”

After Campbell wrote the track and gave it to Petty, he didn’t do anything with it until he worked with Bob Dylan. They came up with some lyrics and inserted it on the song. Campbell shared, “I wasn’t there when Bob wrote the words to it, but I was pretty thrilled to hear that he had contributed to it. We just went in and recreated the demo to it.”

This was a huge hit for Henley. It peaked at #5 on the US Billboard Hot 100. After writing the demo, Campbell showed the song to Petty but felt like it wasn’t something that suited them which is why he ended up giving it to Henley.

3. Tom Petty and the Heartbreakers – “Here Comes My Girl”

Written by Campbell as a demo on a 4-track recorder, he talked about the song and said: “‘Here Comes My Girl’ was interesting because we had the chorus and Tom wasn’t sure how to do the verse, he kept trying to sing it different ways and he finally came across sort of half-talking it, and that’s when the song seemed to come to life.”

This is the only song on her 1981 debut solo album Bella Donna that Nicks didn’t write. Tom Petty and the Heartbreakers also played on it and the track remains a fan favorite. It also became one of her biggest hits, peaking at #3 on the US Billboard Hot 100 and staying in that spot for six weeks.

1. Tom Petty and the Heartbreakers – “Refugee”

Campbell admitted that this “was a hard record to make.” And it came to the point when he got too frustrated so he left the studio and took a break. After regrouping, they worked on it and it became a hit.