Marshall Tucker Band’s Doug Gray Has One Wish For His 70th Birthday, And You Can Help Make It Come True 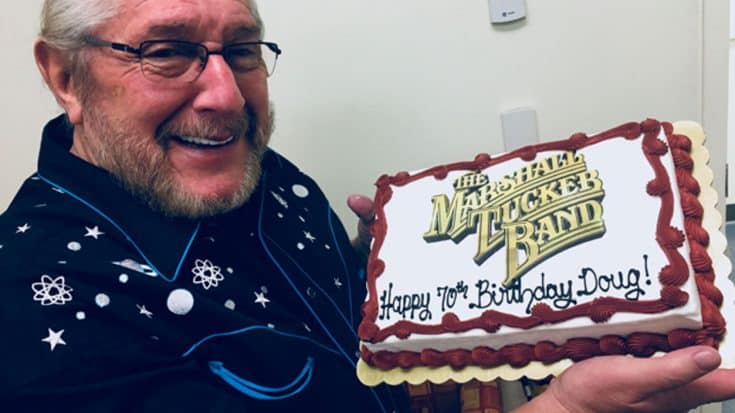 Shopping for that perfect birthday gift is never easy.

Either it’s too small, too big, kinda sorta what the other person wanted or even worse, not at all what they wanted. When you’ve got a bona fide legend at the top of your shopping list – take Marshall Tucker Band’s Doug Gray, for instance –  it’s even more difficult; what on earth do you get a man that’s changed the world in every way that matters?

Answer: an act of kindness.

Celebrating his 70th birthday today wrapped in the arms of family and friends, Doug launched a Facebook birthday campaign for fans and friends to donate to St. Jude in lieu of sending him gifts. St. Jude’s mission to treat and defeat the diseases threatening to keep children from reaching their own dreams is one close to his heart – and on his birthday, it’s one Doug is determined to help make a reality.

As some of you may know, our fearless leader Doug Gray will be turning 70 years old on May 22! Can you believe it? For…

How You Can Help

Founded by comedian Danny Thomas after promising to open a shrine dedicated to St. Jude Thaddeus, the patron saint of hopeless causes, in thanks for carrying him through his period as a “starving actor” and into worldwide success, St. Jude Children’s Research Hospital is of the firm belief that no child should be denied the chance to beat childhood diseases based on their family’s ability – or inability – to pay.

With the help of St. Jude Children’s Research Hospital, millions of children across America are able to receive the help, care, and financial support required to beat their illnesses and live their lives as they were intended to: happy, healthy, and whole.

Celebrate Doug’s 70th birthday by donating here if you’re able to, and if not, that’s okay too – you can still send him some love through Marshall Tucker Band’s official Facebook, or drop a comment on this article just below the video!

The Celebration Continues All Summer Long

As he celebrates his birthday today, Doug Gray is gearing up to take Marshall Tucker Band on the road with their old friends Lynyrd Skynyrd one last time – a living, breathing testament to one of Southern rock’s greatest success stories. They’ve gone hand in glove since a fateful meeting in Hickory, North Carolina a lifetime ago and for Doug, to be there with Skynyrd at the end of the road “is an honor and a stake in life.”

“They call it the final tour, but that band and the memory of that band is going to last forever,” he says. “This is forever. This is a forever tour.”

Lynyrd Skynyrd’s Last of the Street Survivors Farewell Tour is currently roaring across America, with Marshall Tucker Band coming along for the ride on July 13th in Darien, New York. Check out the list of dates below to see when two of Southern rock’s greatest heroes are coming to a city near you!