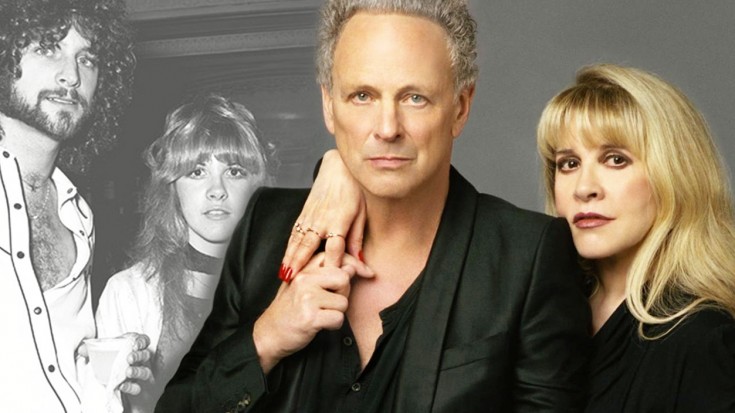 Two of my favorite musicians, performing my favorite song? Yes, please! Lindsey Buckingham is joined by Stevie Nicks for an intimate rendition of Fleetwood Mac’s ‘Never Going Back Again’, the acoustic piece that is both impossible to play and impossible to forget.

Simply put, between the chemistry onstage and the passion put into this live rendition, ‘Never Going Back Again’ is breathtaking.

I love the way the members of Fleetwood Mac use their songs as private messages to each other – almost like a musical Facebook!

Featured on hit album Rumours, Lindsey wrote ‘Never Going Back Again’ about a brief relationship with a woman whom he’d met on the road after his breakup with Stevie Nicks.

No wonder they look at each other the way they do onstage during this amazing acoustic set – it’s like Lindsey’s trying to explain himself and Stevie, as usual, understands and forgives him.

Even if they never end up together again, at least we’ll still have their chemistry and one of the most impressive songwriting duos in history!